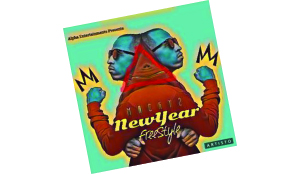 BY SARAH MWANZA –
ZAMBIA’S celebrated Hip-hop star Macky 2 has come to the defence of his daring and esoteric artwork on his new freestyle song.
Macky 2 posted an artwork of a pyramid with an all-seeing eye on the Dollar bill that has created social media discourse with many commentators linking it to satanism.
The artiste who could not be reached for comment, now explains via WhatsApp that he is not what people perceive him to be just because of the artwork.
“I don’t think I owe anyone an explanation!” he wrote on his WhatsApp page.
The award-winning artists says people who really know him should know by now that he is a God-fearing Christian and was not into publicity stunts.
“I don’t think I owe anyone an explanation, if you know anything about me, then you would know that am a God-fearing Christian and am not into publicity stunts,” he says.
With the usage of such artwork, Macky 2 has continued to be at the centre of controversy as some of his fans have openly withdrawn their support for him.
Many of his fans have posted on his Face book page that it is clear that he might just be involved in the cultic practices that undermine God.
The symbol under review is common on most western artistes’ musical covers, like J-Z, Lady Gaga, Beyonce, Rihanna and Dreck among others.