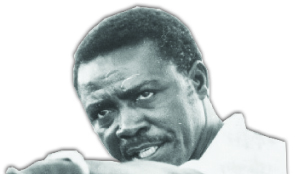 By NDINAWE SIMPELWE –
VETERAN coach Fred Mwila is surprised that former FAZ president Kalusha Bwalya voted two other players ahead of Rainford Kalaba at the 2016 Glo CAF Awards.
In an interview, Mwila said Kalusha has always been known as a Zambian icon who wants to promote the local game globally but his action at the awards was a big surprise to a lot of people.
He said Kalusha’s decision to vote for Dennis Onyango and Khama Billiat ahead of Kalaba was not expected from someone who wants to put Zambia on the World Map adding that everyone expected him to put the Chipolopolo captain as first option.
“What we know is that Kalusha has always been on our side. As a Zambian, he was supposed to put the country first, we know he has the right to vote for anyone but as a Zambian he should have voted for his own first.
“If he is icon who wants to see Zambian football to grow across the world, this was an opportunity for him to do it because I think in all fairness, Kalaba has been a good player for a number of years. This has surprised me and a lot of people,” Mwila said.
Kalusha who was voting as a member of the CAF Technical and Development Committee member gave five points to Khama Billiat of Zimbabwe, four points to Ugandan goalkeeper Dennis Onyango and three points to Kalaba.
Onyango went on to win the best player based in Africa relegating Billiat to second place and Kalaba to third.
Prior to the awards ceremony, Kalusha had tipped Kalaba to win the awards because of his consistency over the years.
Kalusha’s snub was not well received by Kalaba who felt betrayed and disappointed by the 1988 African footballer-of-the-year.
But Mwila counselled both Kalusha and Kalaba not to be at loggerheads as it would not be good for the local game.
He said both were important to Zambian football and this development should not derail their efforts to promote Zambian football.
“I can only advise Kalaba to continue working hard. This should not demoralise him. I’m sure he will win it in the future, he should just maintain his form,” he said.
Mwila further said it would be important to keep the votes a secret to avoid confrontations.