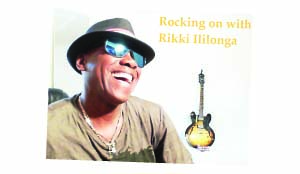 In colonial days, Africans in town found several ways of entertaining themselves.
These included watching football, drinking beer in beerhalls ,organising stokvels or  holding concerts.
Stokvel was an informal savings pool or syndicate in which money was contributed in rotation, allowing participants lump sums for family needs especially funerals.
The scheme was introduced to Zambia by returning labour migrants and has survived to date as ichilimba.
There were two types of stokvels-the money scheme and the entertainment one.
The entertainment Stokvel was usually done on weekends when a patron entered a pub with six beers and expected other patrons to contribute more beer to him. This would rotate among patrons.
However, one popular form of entertainment in those days were  sundowner parties.
These were social events usually lasting from 5pm-8pm, where revellers gathered to drink beer, groove to music and admire the sunset thus the name sundowner.
Sundowners bastardised as sandaundis  were common in both urban and rural areas in the late 40’s to early 70s.
In some parts of Zambia, especially music belts like Southern, Luapula and Central provinces, they survived as late as the early 90’s
The colonial Zambia typical Sundowner notice would read something like this : LOCATION PARTY SATURDAY 10.12.55 TO BE HELD IN PERMANENT HOUSE NO 109 ADMISSION GENTS-1s LADIES 6d CHILDREN 3d COME ONE, COME ALL AND FEED YOUR EARS. Refreshment plus plus etc,etc.
A price of beers and food would also be pasted on the door: Native beer 6d per pint, European beer 2 shilling per bottle.’ Hock’ One shilling per tot, Tea 2d per cup, Bread 1d per slice, Rice 6d per dish (about a cupful)
During this period the types of music in urban areas included locally-composed songs, poor imitation of European songs of what was called Cowboy music and Jive.
The dancing included jiving and twisting though these African versions were more vigorous than the ones done by whites.
An Africanised version of fox trot was also improvised and was more closer to close body combat than the real thing seen in places like Waddington centre in Kabwata named after a Northern Rhodesia governor John Waddington.
In urban areas, sexual relationships were formed during Sundowner parties since they were frequented by ‘Ba kapenta’ (Prostitues who used cosmetics) or ‘town girls’ as they were alternatively called.
Music at Sundowner parties fell into the vaudeville type of entertainment though an itinerary guitarist or a band playing mostly traditional instruments would entertain an audience.
Dancing competitions for free-style dancers or couples would be arranged and prizes would be given to the winners.
In urban areas, prizes would be in form of money or beer while in rural areas prizes would include flip-flop sandals called ‘ba makapakapa’ or ‘Sofia’ plastic shoes.
Something akin to Sundowner parties are still being organised in Southern province and has culminated in the famous Chikuni music festivals.
I also read in the Zambia Daily Mail, a remnant of roving musicians of old called Albert Mule who used to entertain people in bars, taverns, village beer (Katubi and Katata) parties and sundowner parties in  Samfya and Mansa as late as the 80s.
Mule worked as a rigger/climber when Zesco Limited was electrifying Lubwe Mission and surrounding communities and later Kasaba Mission in the 1970s-80s.
The musician attracted huge crowds of adoring fans, among them fellow musicians.
Mule also performed during open-air functions such as Independence Day celebrations and traditional marriage parties.
The musician rode through villages on his bicycle with his acoustic guitar (called six wires) on his way back to the Zesco camp at Mundubi Primary School.
Songs played at Sundowner parties were composed on impulse, like old Calypso singers of Trinidad and captured themes of lost love, mystery of death, lampooning immoral behaviour or just celebrating life.
Here again I will quote Mule who was a recorded musician who in one of his hit singles condemned ‘amantalakwa’, a potent home-brewed opaque beer that destroyed  young lives and ruined marriages.
Mr Mule warned in the title that ‘Amantalakwa Yakali [amantalakwa is deadly]’.
Some of the lyrics ran:
“Amantalakwa yakali yakolele Bana Ale. Bana Ale mufikule umusana ufike napanshi eee. Elyo yalila, yalila fwasa, fwasa buloko. Nangu nanwine bambikilemofye Ba Mwape”.
In this song, he depicted how the abuse of amantalakwa was wrecking the reputations of hitherto respected women in society, who were quick to blame other people for their own drunkenness.
Another hit was Chabula, which was later reproduced and rearranged by the great Lima Jazz Band.
The Sundowner party period is an important epoch  in the genesis of Zambian music and helped to preserve the traditional aspect of African music which was considered as a communal activity.