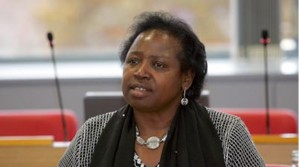 By SAM PHIRI –
NON-GOVERNMENTAL Organisations Coordinating Council (NGOCC) has lamented the low levels of female editors appointed in most mainstream media organisations in the country.
NGOCC chairperson Serah Longwe said it was disheartening to note that institutions like the media could have such imbalanced gender statistics at editorial levels.
Ms Longwe said despite the challenges that go with the advocacy for gender equality, the women movement would not rest in campaigning for equality in places like the media.
“It is very disappointing to see gender inequality especially in institutions that are even writing about it, you (media) are supposed to be leaders in helping us champion this cause,” she said.
She observed that almost all public media institutions in Zambia were being headed by male editors including deputies.
Ms Longwe has since called on government to reconsider revisiting the referendum that failed during the August 11 general elections last year.
She said the Bill of Rights contained important factors that would have helped address the issue of gender inequality.
“The referendum on the Bill of Rights should be revisited before the next elections because if it is done together with elections, it is likely to fail again as other political parties will again turn it in to a political tool,” she said.
Ms Longwe said the women movement was knocking on government’s door to amend the constitution to make the gender equality of 50-50 representation into law.
She said the media, unlike other institutions that had one leading decision maker, had numerous editorial positions that could equally be shared among the male and female.