By PERPETUAL SICHIKWENKWE –
A POLICE officer of Kabangwe area in Lusaka has been dragged to court for deserting work for 300 days because of alleged heavy alcohol consumption.
Bernard Mwenya 41, on April 1, 2016 being a dully attested member of the Zambia Police Service was absent from work  for 300 days without official leave or lawful justification.
According to information obtained by the Times, detective constable Mwenya is alleged to have a tendency of being absent from work due to bad drinking habits. 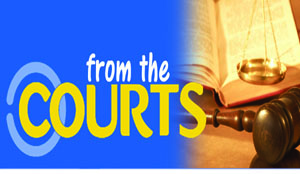 The officer-in-charge at Kanyama police station once detained Mwenya in order to discipline him because he had gone too far in his drinking habits.
Mwenya was transferred to Kanyama police station from Ngwerere police station under criminal investigations department in March 2016.
He, however, failed to report for work in March until a followup was made at Ngwerere police station.
Mwenya reported for work for just a week and was attached to the general investigations department on March 28, 2016.
Since April 2016 to February 21, 2017 Mwenya has never reported for work due to alleged bad drinking habits.
Ms Mikalile allocated Mwenya’s case to Lusaka magistrate Betty Malupenga.
Mr Mwenya was not before court yesterday when his case was called.
Meanwhile, six Lusaka residents have been taken to court for allegedly beating up a police officer.
Macdonald Langa,32 Newton Lushinga, 25 and Wickson Phiri, 25 of Chingwere, Chunga and Matero townships respectively are alleged to have assaulted Trevor Musonsa a police officer when he was executing his duties.
Others  are Dingiswayo Nguluwe, 26 Charles Jere, 25 and Morgan Bwalya of unknown age.
The incident happened on February 11, 2017 this year..
The six were however not in court when their case was called but are expected to take plea today.