By PERPETUAL SICHIKWENKWE –
FORMER North-Western Province minister Dawson Kafwaya has allegedly been duped out of    K40,000 over a piece of land.
Meanwhile, Morgan Muzambalika, 38, has been dragged to the Lusaka magistrates’ court in connection with the matter, but has pleaded not guilty to a charge of obtaining money by false pretences.
Muzambalika is also alleged to have swindled Gershom Mwewa of K40,000. 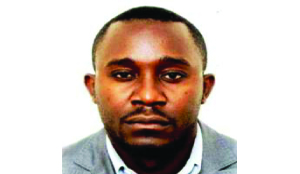 He pleaded not guilty to the two counts when he appeared before principal magistrate David Simusamba.
It is alleged that Muzambalika, a business executive, with intent to deceive or defraud obtained K80,000 cash from Mr Kafwaya and Mr Mwewa.
Muzambalika between January and April last year and pretended that he had plots for sale when in fact not.
Mr Simusamba has set May 8 as the date for commencement of trial.
In another matter, lawyer Nicholas Chanda has withdrawn a case in which he was challenging his suspension of his practising licence by the Law Association of Zambia (LAZ).
According to a notice of withdrawal filed in the Lusaka High Court, Mr Chanda decided to withdraw the matter on grounds that he had started making payment towards the K18,000 debt that he owed LAZ.
Mr Chanda has so far paid K10,000.