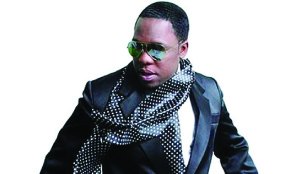 Luapula Province Permanent Secretary, Chanda Kasolo, has praised musician, Jordan Katembula, popularly known as JK, for his success in the music industry.
Mr Kasolo says it is amazing to note that the success that the singer has scored is not only recognised in Zambia but world over.
He says JK is a good role model to the youths in Luapula and the country as a whole, adding that he is not only a music star but also a successful business executive.
ZANIS reports that the Permanent Secretary said this in Mansa yesterday when Katembula paid a courtesy call on him.
The Permanent Secretary told the singer that as the province was preparing to hold many traditional ceremonies there was need for musicians like him to come and perform at ceremonies so that they add colour to the events.
And speaking earlier, Katembula, said he was happy with the development that has taken place in Mansa.
Describing the airport as one of the developments that had impressed him, Katembula said the infrastructure, was a milestone in the development of the province.
He said he was happy to see that Mansa town now had traffic lights, saying eight years ago when he visited the town, no one could think of having such lights in the district.
The singer has since promised   Mr Kasolo that he will perform at this year’s Mutomboko Ceremony, saying the annual event is one of the ceremonies in the province that add to the province’s tourist’s attraction.
Katembula, who comes from Chief Lubunda’s area in Mwense District of Luapula
Province, is in Mansa for a series of Valentine’s Day shows. – zanis