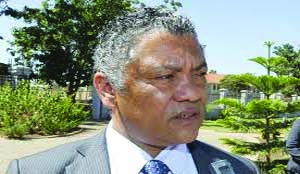 By HELLEN TEMBO –
JUSTICE Minister Given Lubinda has said he will liaise with fellow Cabinet ministers to help approve construction of a court near Mwembeshi Correctional Facility to expedite cases for remandees at the facility.
And Home Affairs Minister Stephen Kampyongo has said Government intends to start giving start-up capital to inmates upon completion of a prison sentence in efforts to empower former prisoners and deter them from committing crimes once released.
Mr Lubinda said establishing a court close to Mwembeshi Correctional Facility would fast track trial process for inmates and further help decongest the facility.
He said this in Lusaka on Thursday when he toured the Chimbokaila Correctional Facility in the company of Mr Kampyongo and a number of stakeholders.
“There is nothing worse than living in detention without being declared guilty or not hence, I will continue appealing to Cabinet that the facility in Mwembeshi can have a court near in order to speed up court cases before the courts,” Mr Lubinda said.
He said the courts were making sure that documents were computerised to make the work easier for the courts.
Mr Lubinda also directed the officer in charge at Chimbokaila to give a list of remandees to the minister so that he could look at their cases with the legal boards so that they could be dealt with soon.
He said there were 4,400 remandees and 21,000inmates country wide and Government would do anything possible to decongest the facilities.
Mr Kampyongo said the inmates would be helped with startup capital to better their lives after saving their sentences.
He said Government had seen that the facility was built by colonialist hence it was making a new facility in Mwembeshi.
Mr Kampyongo said Government was also looking at the welfare of the prison officers including their house units.
Chimbokaila Correctional Facility superintendent Misheck Sakala the holding capacity of the facility was 250 but currently accommodating over 1,350.
Mr Sakala said the infrastructure was outdated, poor ventilation of cells and generally not good in condition.
He said the facility had 80 housing units which were inadequate to meet the staff demand for most officers were sharing and others were renting outside the camp.
The two ministers were accompanied by European Union head of cooperation Gianluia Azzoni, Gesellschaft fur International Zusammenarbeit (GIZ) governance advisor Johenn Lieberich, Judiciary deputy registrar Charles Kafunda, legal board members among others.