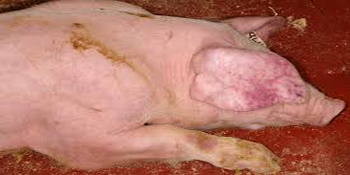 THE Government has set aside more than K50 million to compensate farmers who lost a total of 22,000 pigs from the recent outbreak of the African swine fever (ASF).
This follows a recent directive by President Edgar Lungu in Keembe, Central Province, when he toured the area last week.
Ministry of Livestock and Fisheries Director Yona Sinkala said that the ministry was only targeting farmers whose animals were affected by ASF in Northern, Luapula and Muchinga provinces.
Mr Sinkala said in an interview yesterday that the ministry slaughtered more than 22,000 pigs in three provinces and has not recorded any deaths in the rent weeks.
He said the Government had lost revenue that it could have earned from sale of pork products and that this had impacted negatively on the economies of the farmers and companies dealing in pork products.
Mr Sinkala said that veterinary officers were still on the ground and that farmers will only be paid off after the de-population exercise so that affected farmers could begin restocking their farms.
“We will soon embark on compensating pig farmers who lost their pigs in the three affected provinces as directed by President Lungu,” he said.
Mr Sinkala said the Government had not yet lifted the ban on the movement of pigs and sale of pig products, hence the farmers should venture into other businesses such as rearing of chickens or goats as a source of income.
He said that paying off farmers would be one way of helping them get back on their feet as they did not plan for the outbreak.
Mr Sinkala said that pig farmers must also be on the lookout of any disease outbreaks so as to avoid the huge losses the provinces had experienced.