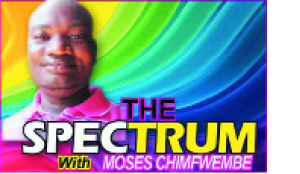 HAPPY 2014 to all the sports personalities in the country, indeed this year will be action packed for various sports disciplines with the FIFA Under-17 women World Cup in Costa Rica, the Nanjing Youth Olympics in China and the Glasgow Commonwealth Games lined up.

Yet again, this New Year comes with renewed vigor and plenty of wishes for our sports bodies and individual athletes with regards to what they hope to achieve, but the most important thing is to build on the successes attained in the previous year and set achievable goals this time around.

Talking about setting achievable goals draws my attention to the sport that has grown rapidly over the years and put Zambia in the limelight with athletes showcasing individual brilliance to achieve excellence.

Boxing in Zambia has developed tremendously to become one of the most watched sports disciplines, arguably second to football and the sport has seen an amazing offshoot of talent.

From the Olympic medalist Keith Mwila, Commonwealth medalist late Lottie Gunduzani Mwale, former East African champion Hugo ‘Pakayeloba’ Mulenga to Kennedy Kanyanta and female champion Esther Phiri the ‘Killer Bee’, Zambia has produced sensational boxers in the recent past, some of whom have become legends in an out of the rings owing to their heroic exploits.

These are the sons and daughters of Zambia that went all out to war with their fists and made the country proud by achieving their goals.

And now, a new era is upon us. These are the new breed of weight climbers; they fear no man alive and crave only glory.

The past few years have seen the rise of exciting boxing stars, naturally gifted fighters who possess a good sense of humour and command a loyal following during fights.

Anyone that steps into the ring is a courageous character but some boxers have been more courageous than others.

Mbachi Kaonga is one of the outcomes of determined young boxers in this generation who has developed into a monster puncher with excellent boxing skills that make him a very dangerous opponent to contend with.

The boxer who fights under the auspices of the Zambia Air Force (ZAF) sponsored side Red Arrows is making waves in the country and the sub region with a string of awesome knockouts.

With less than five years experience in competitive bouts, Kaonga has made his presence felt on the local boxing scene with a string of mouthwatering performances.

Presently, Kaonga is ranked number one amateur boxer in Zambia and he is known for his thrilling, all-action fighting style and agility and every time he is in action, he throws one big punch and is always in position to unload the next one.

2013 will forever remain fresh to him as he took a giant leap in his career when he fought at the International Amateur Boxing Association (AIBA) World Championships in Kazakhstan.

Like all boxers, at all levels, Kaonga has set his eyes on achieving the best out of his career and it doesn’t get more exciting than this for a sport that has emerged to be a crowd puller.

Kaonga had a thunderous year which was highlighted by two famous wins during the Zone Six under-20 games and the United Nations World Tourism Conference (UNWTO) tournament in Livingstone in which his opponents ended up in hospital.

During the Zone Six Youth Games boxing tournament in Lusaka, Kaonga produced a marvelous performance to knock out Kenneth Okwoleng of Botswana in the final round to cap an impressive showing for the hosts in the ring.

He has developed into a full-fledged boxer and his punching power in both hands; head movement, ring intelligence, and killer instinct have tremendously improved whenever he steps into the ring.

At the UNWTO boxing International tournament, Kaonga knocked out his Namibian opponent Dival Ntele in just 30 seconds who had to undergo emergency medical attention after a fierce punch to his chin in the first round of the three-round bout.

He displayed a remorseless work ethic that saw his opponent evacuated to Livingstone General Hospital after suffering a damaged face.

What is really striking about Kaonga is his willingness to win fights which has become a driving force in his career.

Born in 1994 in a family of eight, Kaonga started boxing at Kaunda Square Community Welfare where he was introduced to the sport in 2009 by former boxer Evans Bowa, now based in Chingola.

At 14 and the only boxer in his family, Kaonga did not know that his workaholic nature in training and in sparring fights would quickly shoot him up to the summit of amateur boxing in Zambia.  It did not take long before Red Arrows coach Charles Kangwa poached him to his stables

after spotting his potential; a breakthrough was now in sight.

Kaonga kept fighting and winning at Arrows and during the trials for the 2012 Zone Six Games held in Lusaka, his zeal and determination caught the eye of national coach Kennedy Kanyanta who made no mistake to draft the rising star into the national team.

Kaonga became one of Zambia’s boxers who won gold at that tournament. That feat was a morale booster for the teenage boxer’s future prospects as he went on to win bronze at the Zone four championships in Botswana.

Arising from that feat, the 19 year old has that hunger to fight and win and that’s what makes him unique from other boxers in the country.

Mwila is the only Zambian boxer in the history books to have won a medal at the Olympic Games after winning bronze during the 1984 Los Angeles Olympic Games in the United States of America and since then, no Zambian boxer has ever repeated that success.

But Kaonga’s ultimate target is to mint a gold medal for the country in future Olympic Games.

Inspired by former World Heavyweight champion Mike Tyson, Kaonga has so far exhibited traits similar to those of the legendary American boxer, no wonder he has been able to produce some of the ferocious knockouts in some of his fights.

At the 2013 AIBA World Championships, Kaonga was booted out by Ireneusz ZakrzewskI of Poland after advancing to the first round with a knock result against Zimbabwean boxer Brighton Maiyanbumbi in the third round.

He put up a good performance to narrowly lose out on points to Zakrzewski who scored a narrow 28:29 points win.

The Zambian pugilist believes his Kazakhstan trip opened the doors to the glory days that lie ahead of him and that he has been training hard for the upcoming Commonwealth youth Games and the Youth Olympics.

“Our Coach Kanyanta set the standards by winning gold at the Commonwealth Games and I have to make sure that the record is sustained, my target is to win gold for Zambia at that competition,” he said.

Kaonga is also hoping to secure a scholarship in order to enhance his boxing knowhow before he could turn professional.

In his spare time, Kaonga enjoys watching and playing football, the sport he ditched for boxing.

2014 promises sparks in the sports fraternity, I can only wish our athletes all the best as they seek to lift Zambia’s name higher.

Send your contributions to moseschimfwembe@gmail.com or 0966484702