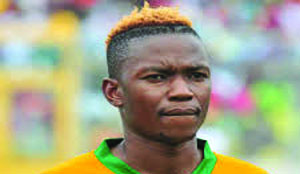 CHIPOLOPOLO skipper Rainford Kalaba says the team is not affected by the change of administration at Football House.
Responding to a question on whether the 1-1 draw against Congo Brazzaville in the Africa Cup Group E qualifier was influenced by the recent changes in the Football Association of Zambia (FAZ), Kalaba said no one in camp was affected and that the players had remained focused on the sport.
He said everything had time and that people should accept change and move on without the game being affected.
Kalaba said the way the players performed on the pitch was an indication that no one was affected.
“Unfortunately, they changed the executive hours before the game. Everything has got time. We just have to accept and welcome the new executive, but we were not affected,” Kalaba said.
Andrew Kamanga beat incumbent Kalusha Bwalya to take over the FAZ presidency three days before the match against Congo Brazzaville.
Some soccer fans had feared that the election results might affect the team’s performance.
Zambia gave away a 1-0 lead to draw with Congo Brazzaville at Levy Mwanawasa Stadium in Ndola on Wednesday night.
Kalaba said the Chipolopolo played well despite not having enough time to blend as a team, and he was confident of a positive result in the return leg on Sunday in Brazzaville.
“Most of the players in this team have been together for a long time, but the time to be together from our clubs was tight.
“If we had trained together for some time, the outcome would have been different, but we played well. We did a good job, it’s not a bad result,” said Kalaba.
Meanwhile, Congo Brazzaville coach Pierre Lenchantre says despite Zambia and Congo Brazzaville being the best teams in the group, neither of them was guaranteed qualification.
He said African football had changed and that there were no small teams anymore, adding that even Guinea Bissau was capable of qualifying from the group.
He said in the past when he coached Cameroon, it was always easy to face smaller teams, but it was not the case anymore.