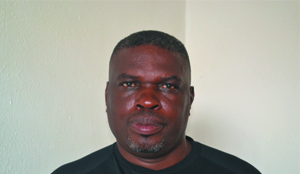 By SAMUEL LUKHANDA –
COACH George Lwandamina says Zesco United will work hard to retain the MTN-FAZ Super League title to be assured of playing continental football next season.
The champions were frustrated to a barren draw at home against Green Eagles to remain 18 points adrift of leaders Zanaco, but have played six games less owing to their CAF 2016 Champions League involvement.
Lwandamina said Zesco were desperate to be part of next season’s changed format of the CAF Champions League as Zambia could have more representation because of the Ndola side’s  exploits.
He said in a post-match interview at Levy Mwanawasa Stadium in Ndola on Sunday that Zesco needed to win the league to be assured of a spot in the CAF Champions League and could not afford to miss the opportunity.
“We want to be part of the change that will be there in the Champions League. Suppose they give us another slot and we will be in the stands watching other teams play, it will be unjust.
“So it’s us to put our house in order so that we win and enjoy the fruits of our work,” Lwandamina said.
He also brushed aside assertions that Zesco had concentrated more in the Champions League than the local league going by their play.
Zesco endured a frustrating afternoon against Eagles who packed the bus to pinch a point much to the delight of their coach Manfred Chabinga.
“We planned for this, we wanted at least to collect a point looking at Zesco, very good team and they have qualified to the semi-finals of the Champions League and a draw with the champions away is a bonus for us,” a delighted Chabinga said.