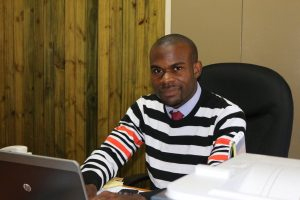 By SANDRA MWILA –
THE Football Association of Zambia (FAZ) have named their new created kit KoPa that will be unveiled at the African Nations Championship (CHAN) tournament.
As reported by the Times last week, FAZ have decided to create their own sports brand to dress the national teams.
The kit will have three stripes, the traditional copper kit for home games, green away and white to be used as an alternative kit and has a copper bar on the right.
According to a statement released by FAZ communications manager Desmond Katongo, the decision to create an independent sports brand, wholly owned by FAZ was met by the executive in October.
“Following the Executive Committee meeting of October 2017, the decision to create an independent sports brand, wholly owned by FAZ, was made in line with the objective of increased revenue generation and full control of the value chain,” said Katongo.
Katongo said the first step by the association to create their own sports brand is to  grow its commercial arm and to create additional, profitable revenue streams.
“The brand, named KoPa, represents the best of Zambian football and the new Zambia kit is a true reflection of all the positive attributes in the Zambian game,” Katongo said.
He said the new kit will be unveiled at the CHAN tournament in Morocco and the distribution of replica jerseys will begin shortly after.
“The KoPa brand will be manufactured to international standard will be available to FAZ members, other sporting associations and institutions and the general public, at affordable prices to meet the needs of the market,” he said.
He said the growth opportunities for the brand stretch beyond Zambia’s borders and an international variant of the brand will be available to clients in overseas markets.
“FAZ would like to also take this opportunity to caution members of the general public to desist from purchasing counterfeit jerseys that are currently flooding the market,” Katongo said.
He added that the association will therefore, inform members of the general public when the new national team jersey will be on the market.
FAZ lasted year terminated its kit sponsorship with Mafro six months into the deal after the manufacturer failed to meet the association’s demands.
Before Mafro the Chipolopolo was dressed by Nike who refused to renew their deal with FAZ.