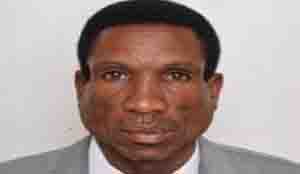 LIVESTOCK farmers have bemoaned the losses suffered following an outbreak of the African Swine Fever in three provinces in Zambia which has resulted in the slaughtering of almost 10,000 pigs.
The Small-scale Livestock Association of Zambia has said that it was unfortunate that almost 10, 000 pigs had to be slaughtered in Luapula, Northern and Muchinga provinces because of the African Swine Fever.
The association’s chairperson Martin Mukuka said that it was appropriate for the authorities to take down the affected animals to halt its spread.
“That is how its done but there is need to help affected farmers in order to minimise the losses for the farmers,” Mr Mukuka said.
He said Government and the private sector should come up with deliberate restocking programmes for the affected farmers.
Mr Mukuka said equally important was the need to find out what triggered the disease every rain season.
He said the African Swine Fever recurred annually around the rain season, a situation that negatively affected Zambia’s goal to diversify the economy from mining.
Mr Mukuka said sensitisation programmes for farmers as well as other preventive measures should be done before the break out of the disease to help livestock farmers develop.
So far, at least 10,637 pigs have been slaughtered in Luapula, Northern and Muchinga provinces.
The ministry of Livestock and Fisheries has more veterinary officers to Luapula and Northern provinces to beef up staffing.
Livestock and Fisheries Minister Michael Katambo said Government would provide an advance loan under the livestock infrastructure support project to pig farmers to help them improve their businesses following the disease attack.