Kambwili appears in court for mention
Published On May 29, 2018 » 15809 Views» By Times Reporter » Latest News, Stories
0 stars
Register to vote! 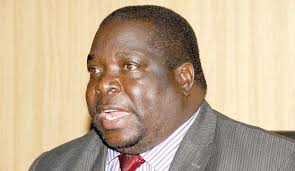 PATRIOTIC Front Roan Member of Parliament Chishimba Kambwili yesterday appeared in court for mention in a matter he is facing 34 counts of corrupt practice.
Kambwili appeared before Magistrate Mwaka Mikalile. Trial in matter has been set for June 4, this year.
Kambwili, a former Information and Broadcasting Services minister was on August 18, 2016 alleged to have been found with K495,000 cash in his account, money suspected to be the proceeds of crime.
Among other offences, he is also accused of having been in possession of another K180,000 cash also suspected to be proceeds of crime.
The money mentioned in the 34 counts is said to have been in an account that is domiciled at the Zambia National Commercial Bank.
When the matter come up yesterday before Ms Mikalile, Anti -Corruption Commission (ACC) prosecutor, Silumesi Muchula informed the court that the matter was coming up for mention and that the accused was present.
Ms Mikalile then adjourned the case it to June 4.