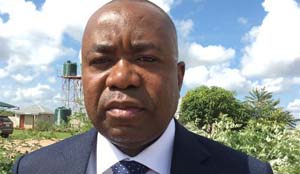 By REBECCA MUSHOTA –
THE Zambia Revenue Authority (ZRA) has launched a scheme for importers to clear their own goods instead of using clearing agents, a move that has shocked the Zambia Clearing and Forwarding Association (ZCFA).
In a notice issued yesterday, ZRA commissioner General Kingsley Chanda said to avoid disrupting the country’s economy due to the work stoppage by clearing agents, the Authority had launched a self-clearing scheme this week.
Mr Chanda said the ZRA and citizenry would not be held to ransom by clearing agents.
“Our clearing agents have chosen to stop work. Effectively, clearing companies are licensed and employed by ZRA. To avoid disruption to the economy and harm to the State, ZRA will launch a self-clearing scheme this week where importers will be trained and licensed to clear their own goods,” he said.
Mr Chanda said ZRA would deploy police off