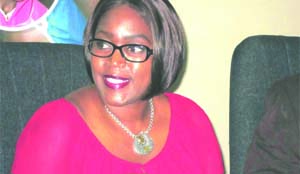 MANY parents will attest to the fact that nothing is more heart-breaking than being informed that one’s child has a chronic health condition, much less cancer.
Just as the case is with other ailments, early diagnosis is critical to success rate of treatment, because with cancer, time is of great essence.
Cancer, which is a very complex ailment, is mostly associated with adults, mostly those who are advanced in age.
However, cancer is not exclusively an ailment for the aged, in the recent past, there have been cases of children presenting with symptoms that point towards cancer.
According to the International Confederation of Childhood Cancer Parent Organisations (ICCCPO), each year, more than 250,000 children worldwide are diagnosed with cancer, while an estimated 90,000 die from the disease.
Additionally, this number is staggering when one realises that 70 per cent of all childhood cancers are curable.
Cancer is the leading cause of disease-related deaths in industrialised countries where survival rates of childhood cancers has increased over the past two decades.
Whereas adult cancers have benefited from the discovery of new types of targeted drug therapy, childhood cancer drug development has lagged behind and children have continued to receive treatment with drugs that were discovered more than 30 years ago.
While 80 per cent of children with cancer from developed countries are able to survive, the reality is vastly different for those who live in poor countries where 80 per cent of all children with cancer are located.
The International Society of Peadiatric Oncology (SIOP), an international Swiss organisation on childhood cancer says the worst affected by childhood cancers are children from developing countries.
SIOP president Giorgio Perilongo noted that the biggest challenge for children in resource poor settings is having access to basic medicines and to timely treatment.
“Children with cancer in developing countries often do not survive due to lack of access to essential medicines and to timely treatment and care,” he said.
SIOP called on governments worldwide to ensure that children with cancer must have access to care and treatment, regardless of where they live.
“Most parents in these countries bring their children for consultation often at a very late stage, when there are very few treatment options available to save the life of the child,” Prof. Perilongo said.
Access to treatment in most developing countries is often difficult for families with limited financial means to as medical facilities are most often located in capital cities, far away from rural areas.
It is imperative that health systems in these countries address these challenges by developing the necessary health infrastructure that would include satellite facilities in other area where routine maintenance and medication can be offered to patients closer to their homes.

Usually, after the initial intensive treatment phase for children with cancer, patients and their caregivers may require to travel long distances for routine or maintenance treatment.
With support from government and health departments such services can be offered in centers away from the main health facilities.
One such concept is what is commonly referred to as a parent house, where patients from far flung areas can live at no cost to themselves for the duration of treatment.
The reality is such that these homes are not yet available to many families from low-income countries, but this is not the case with countries like Zambia.
This is because the Kayula Childhood Cancer Foundation (KCCF) set up a parent house for families of children with cancer who have no where to live in-between the treatment schedules.
KCCF executive director Mumba Sata, who herself lost her four year old daughter Kayula Sata to a rare cancer Neuroblastoma, was inspired to set up this facility in memory of her daughter.
The traumatic experience Kayula’s parent’s experienced during her illness is what led the family resolution to establish a foundation that would support facilities in the community battling with children’s cancer.
However, lack of awareness against childhood cancer and blood related disorders have led to the disease remaining a leading cause of death in children, despite the fact that cancer can be cured when detected early enough.
KCCF has embarked on a campaign to raise awareness to the community on early warning signs of cancer in children.
Zambia like other developing countries faces challenges in the management of children afflicted by cancer.
The University Teaching Hospital (UTH) is the only institution in Zambia treating and managing children with cancer in the country.
This has led to congestion, late diagnosis and late onset of treatment.
On the other hand, most parents lack logistical support to reach the hospital in good time.
Childhood cancer knows no borders, and like other childhood ailments, it equally affects children and young people both in developed and low and middle-income countries.
Ms Sata, is also is in agreement that early detection of cancer in both children and adults could help save the many lives that are lost.
She explained that the motivation behind the establishment of KCCF was because she felt compelled to assist break the silence of cancers affecting children, especially after she realised that early detection could have save her own daughter’s life.
Ms Sata called for more investment towards the training of more peadiatric cancer specialists, adding that the problem has been compounded by inadequate staffing levels and lack of equipment at the peadiatric cancer ward.
She said the survival rate for children with cancer in Zambia currently stands at one out of ten, while in Europe the survival rate was eight out of ten.
As the world seeks to increase childhood cancer awareness, following the just commemorated international childhood cancer day which fell on February 15, medical practitioners cannot over-emphasize the importance of seeking early medical intervention.