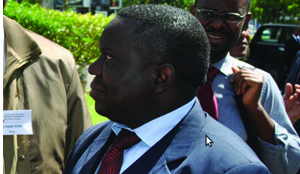 THE revelation that Choma District in Southern Province has run out of land for infrastructure development is a damning indictment on the local authority which has been cited for poor land management.
It exposes the hypnotic trance into which councils countrywide have generally fallen, and are sadly undermining Government’s development efforts.
Plot allocations have for long been a source of contention in most parts of the country where councils have struggled to clear themselves from accusations of what some people have described as whimsical practices disadvantaging those without the so-called connections.
There are long-term effects of this lopsided handling of public affairs, part of which is being witnessed in the new capital of Southern Province.
As Lands Minister Harry Kalaba has observed, it is indeed indecorous to have large tracts of land lying idle in private hands, leaving little space for development of infrastructure meant to improve the living standards of the local people.
Government has set out on a noble agenda to roll out development to all parts of the country, but that would be a futile exercise if it did not receive the necessary cooperation from its agents such as the local authorities.
The new districts which have been created countrywide would only develop to acceptable standards if all officers in councils and other wings of Government applied themselves positively and performed their roles professionally.
Choma District Commissioner Bernadette Hamweemba had not hidden the fact that large portions of land in the district are in the hands of the private sector, making it difficult for Government to carry out its task of putting up infrastructure befitting the status of Choma as the provincial capital.
There is no suggestion that private sector players should be denied land because they are an integral part of national development.
However, what is wrong for the town and country planners is to allow disorder in land allocations to take root and make future developments almost impossible.
We are aware that huge pieces of land in some parts of the country have been parcelled out to individuals who are holding them for speculative purposes.
It is not unusual to find plots some people could have bought from councils for as low as K5,000 fetching as high as K60,000 and pushing many low and middle-income Zambians out of housing construction ventures.
These practices must be checked and the playing ground levelled so that the Zambian people could realise their dreams of owning houses.
Chief Singani’s appeal to the Ministry of Lands to consider surveying some farms in Choma which have been idle since the early 1990s deserves to be treated with utmost urgency.
There must be a delicate balance between privately-owned land and the one required for the general benefit of the public.
The town and country planners, as their title entails, must be forward-looking and help weed out elements in their practice increasingly exposing them to infamy.
It is not right, for instance, to have towns and cities running out of land for play parks and other recreational facilities simply because all the spaces have been swept away by some private developers who have the money to pay for them.
There are many lessons to be learnt from Choma where, because of the sudden expansion of the population resulting from the changed status of the district as the new provincial capital, the local authority has run out of ideas.
The Minister of Lands should be supported in his efforts to restore sanity to matters of land in Zambia.