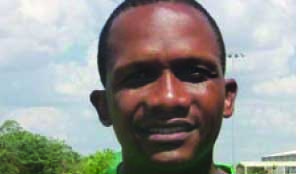 NATIONAL women team coach Charles Bwale says Zimbabwe will not quench Zambia’s resolve of qualifying for the Namibia 2014 Africa Women Championship (AWC) finals.
Zambia beat Tanzania 3-2 on aggregate to set up an exciting tie against Zimbabwe, who eliminated Botswana 3-1 after two-legged fixtures.
The first leg will be played in Harare on May 24 before Zambia gets the advantage of hosting the return leg on June 7.
Bwale in an interview in Lusaka yesterday admitted that Zimbabwe were a tough opposition for his side as compared to Tanzania but charged that his team would be up for the task.
“We know something about Zimbabwe, they are a stiffer opposition than Tanzania and their record over us in friendly games has been good. But in competitive games, it has been 50-50, so we are not worried. We are up for the task and we have time to prepare,” he said.
Zimbabwe coach Rosemary Mugadza told The Herald newspaper in an interview at the weekend that she was comfortable with meeting Zambia going by the record they have over the neighbours.
The last meeting between these two sides was in Lusaka last year when Zimbabwe thumped Zambia 4-1 in an international friendly match played at Nkoloma Stadium.
Mugadza said there was still a lot of work to be done if the Mighty Warriors were to beat Zambia and qualify for the finals this October in Namibia.
“We did well (against Botswana) although we still have some shortcomings and we have to do more to prepare for Zambia. We still need to work extra hard. As a technical team, we also have to work extra hard.
We would like to play friendly matches against teams such as South Africa and Ghana that are ranked above us before we play in the final qualifying round,” she said.
But Bwale remained positive about Zambia’s chances of making the finals saying the team does not need any extra motivation as they know they have to qualify to the continental tournament and subsequently for the FIFA World Cup finals in 2015.