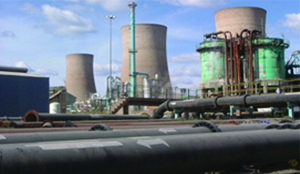 GOVERNMENT has secured the 2,000 jobs that Konkola Copper Mines had planned to lay off by the company committing to inject more resources to boost its production capacity and increase the profitability of the company.
Vedanta Resources and KCM have handed to the Government the Business Improvement Plan which outlines the investment plan, the profitability of the company and how it intends to pay its debt.
This follows the discussion held with Vedanta Resources, KCM and the Government on the findings submitted by the technical audit committee appointed to review the business operations of KCM.
Mines, Energy and Water Development Minister Christopher Yaluma said employment of the people had been secured, and that KCM had given an undertaking and commitment that there would be no redundancies as a result of implementing the plan.
Addressing journalists in Lusaka yesterday, Mr Yaluma said the Business Improvement Plan outlined the investment plan which was critical to improving the production of the mine, its profitability as well as safeguarding employment.
“Funding is committed to greatly improve production and profitability of the company, pay the creditors and form a solid base for sustainable growth,” he said.
He assured all investors in the Zambian mining industry of Government’s support to the sector.
Vedanta Resource director-corporate strategy Rehul Sharma said KCM would remain a cornerstone in Zambia’s vision of producing over 1.5 million tonnes of copper annually and ensuring the growth of the economy.
“Over the last one week, we have had a positive and constructive dialogue and have charted a mutual way forward that will ensure KCM goes to new heights in providing for the people of Zambia.
“This cooperation and understanding approach goes to exemplify Zambia’s strong position as one of Africa’s most preferred investment destinations,” he said.