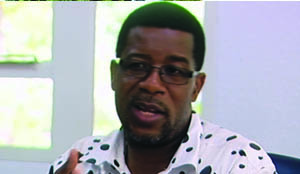 By SHAMAOMA MUSONDA-
THE Sports Council of Zambia (SCZ) has warned of stern action against a parallel Zambia Amateur Athletics Association (ZAAA) structure formed last week, saying the national sports governing authority only recognises the team led by Elias Mpondela.
SCZ acting general secretary, Mann Muchimba said the ZAAA interim committee risked facing criminal prosecution if they convenors continue calling for meetings.
A ZAAA parallel structure was formed by people who are insisting that the association’s elective annual general meeting (AGM) should have been held last weekend with Matthews Magawa calling himself convenor.
Magawa even circulated a letter to clubs calling for a meeting this Saturday at Golden Bridge Hotel in Lusaka where elections for a so-called substantive ZAAA committee was going to be held and also requested for SCZ’s presence.
But Muchimba said SCZ only recognises one athletics affiliate and that was the Mpondela led ZAAA committee.
Muchimba warned of punitive action against the faction if the group does not stop its divisive activities.
“The Sports Council of Zambia only recognises our affiliate mandated to run athletics in the country and your existence is tantamount to being an illegal entity.
“Therefore, your meeting if at all it will take place will constitute an offence under the laws of the land as it will be deemed as unlawful gathering subject to prosecution by the State,” Muchimba said in a letter to Magawa.
There has been a row in ZAAA recently with some of the aspiring candidates crying foul that the elective council meeting should have been held before March 31.
This came after ZAAA through its general secretary, Phil Kubombela announced that the council meeting would only be held in December and not by the end of March this year.
Mpondela later supported the statement by Kubombela, leading to complaints of foul play from some of the aspiring candidates.
Mpondela insisted that having been elected in December 2010, their mandate runs up to December 2014 and that even the ZAAA constitution allowed them to take the meeting to the last quarter of the year.
The ZAAA constitution in Article 10.6 (g) states that ‘the term of office shall be four years and elections shall be held every four years at the AGM in the last quarter of the year or first quarter but not later than March and no official shall hold two posts’.
The ZAAA chief also claimed that there was no crisis in the association, saying there was stability in the athletics body.
And Mpondela expressed happiness with outcome of a meeting held with SCZ over the row on the association’s elections date.
Mpondela said as far as he was concerned, the meeting with the three SCZ board members had put the matter to bed.
“We held a very fruitful meeting with the Sports Council on Friday March 28 and we as ZAAA are very happy with the outcome. Explained the reasons for or December dates and as well as our administration.