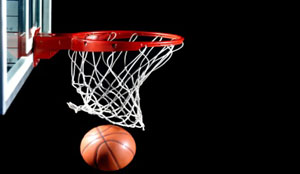 By MOSES CHIMFWEMBE-
MTN Zambia has partnered with the Zambia Basketball Association (ZBA) to help improve the sport at the grassroots level, especially in various schools on the Copperbelt.
The partnership will see the mobile service company funding the refurbishment of basketball courts in schools beginning with Chingola and Chikola high schools in Chingola, which will later be rolled out to other parts of the province.
ZBA northern region vice-president, Andrew Nyirenda said in an interview yesterday that MTN had offered to help promote the sport in schools in the northern region.
“MTN Zambia has come on board to partner with us and we are happy that the corporate world is showing interest in supporting the development of basketball in the country.
“As ZBA north executive, we are trying to strengthen basketball on the grassroots in schools and we would like to commend MTN for the gesture. Under this partnership, MTN will rehabilitate basketball courts in schools where they will also be donating sets of jerseys,” he said.
Meanwhile, the 2014 basketball league season in Northern and Muchinga provinces will commence next weekend.
Last week, the ZBA held season-opening tournaments in the two provinces in an effort to popularise the sport.
“The tournaments saw a massive turnout, and served to mark as the flagging off of basketball leagues in the said provinces. The tournament in Kasama was held at St John’s Parish, while the one in Mpika was held at Tazara Club,” he said.
Kasama Eagles won the tournament and Saint Francis Secondary School scooped the Boys’ Secondary schools category with Mpande Academy emerging winners in the girls’ schools category.
The tournament in Mpika was scooped by Tazara, who beat Mad Skills Basketball Club to claim the top prize.