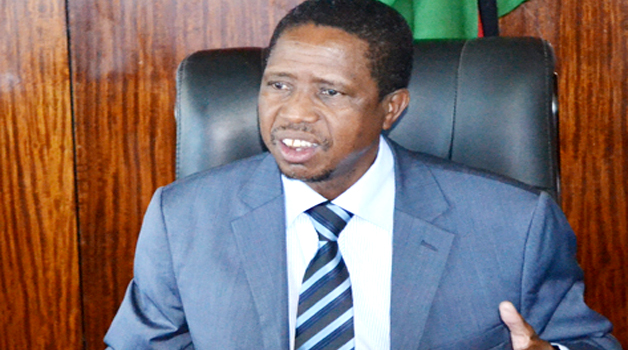 By CATHERINE NYIRENDA-
THE number of members of Parliament (MPs) that have petitioned the Central Committee to endorse Edgar Lungu as the candidate in the forthcoming presidential by-election has risen from 63 to 70.
The MPs, among them 11 Cabinet ministers and deputy ministers, some of whom are from the United Party for National Development (UPND) and MMD, have maintained their objection to holding the general conference, citing time and financial constraints for such an undertaking.
The seven that have appended their signatures include Education, Science, Vocational Training and Early Education Minister John Phiri, his deputy Patrick Ngoma, Foreign Affairs Minister Harry Kalaba, Labour and Social Security Minister Fackson Shamenda and Mines Minister Chris Yaluma.
Fifteen MPs held a Press briefing yesterday in Lusaka at the Blue Nile Lodge to announce the swelling number of legislators proposing Mr Lungu for the Presidential elections.
Lupososhi MP Chungu Mwila, who spoke on behalf of the 70 others, said the group was disappointed that a fresh Central Committee had been called to discuss a matter which was already resolved.
“We appeal to the Central Committee to abide by its own decision made on November 13, 2014 and supported by the collective will of the people expressed through ourselves, the  democratically elected representatives,” Mr Mwila said.
The MPs are amazed that Acting President Guy Scott had assigned himself the position of the secretary general of the party and was organising the general conference.
They have declared the notice of the general conference by Dr Scott as null and void as it was issued without the authority of the Central Committee as provided for under Article 58 (K) of the PF constitution.
The MPs regretted that Dr Scott had engaged himself in numerous illegal and unconstitutional acts by attempting to rule through decree and threats.
“He also breached the constitution by causing the transfer and appointments of the officer or appointees of the Republican President,” Mr Chungu said.
The group was distressed that Dr Scott made decisions such as cancelling Cabinet meetings without consultations or authority of the Cabinet and Central Committee.
“Dr Scott’s conduct is not only adrift with established procedure and democratic principles upon which the Patriotic Front was founded but also departing from principles by our beloved President Michael Chilufya Sata, who consulted widely and ruled by consensus,” he said.
The MPs were aware that they had brought people in Lusaka to back them during the general conference and that some were even dishing out funds to delegates to the conference.
The conference would only cause harm to the party and there was little time for the party to heal once delegates were aggrieved by the decision.
Home Affairs Deputy Minister Stephen Kampyongo dismissed calls for Mr Lungu to step aside as secretary general as he had not yet declared his candidature but that MPs and majority party members of the Central Committee had endorsed him as the preferred presidential candidate.