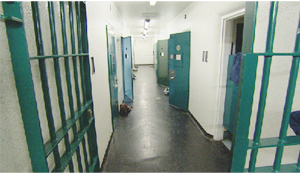 POLICE have arrested  two  men  who allegedly  robbed and  raped  two  women  at  a  farm in Mkushi. The five  men,  armed  with  firearms,  allegedly attacked and raped  two women after  holding them hostage before getting away with  house hold  goods  worth  K9, 686  on  Thursday  night. Central  Province  police chief,  Standwell  Lungu  said  the  incident was  reported  by owner of the farm,  Boyd  Sinkalu, and that  police arrested two  suspects and recovered  several  household goods believed to have been stolen from the farm, as well as two  pistols. Mr Lungu said during the raid at the named farm, the attackers were in a group of five and police are  looking for the other three suspects who are on the run. Meanwhile, two  security  guards and a call  boy who  staged a daylight robbery on Friday last week have been picked  up by  police  for the  theft  of  more than  K1 million from a Barclays Bank  teller machine. Mr Lungu explained that  according to preliminary investigations  the  two  security guards  used  the call  boy  who was armed with a toy  gun as a front to steal  money from the ATM and that  they wanted  to  make  it look  like a  random robbery when in fact  it was well-organised. He said the video footages showed how the previous day the security guards allegedly managed to disable the camera inside the teller machine but the outside camera was still operational and that police had since established that the two security guards have been engaged in such acts for a while now. He said investigations were still ongoing. Three months ago, armed robbers again snatched about K200,000 from a supermarket in the usually quiet town and also attacked and stole  an undisclosed  amount of money  from a  filling station.