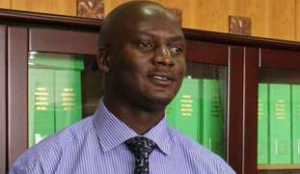 By BRIAN HATYOKA-
AFRICAN countries must seek ways of harnessing benefits from  mineral resources to mitigate poverty on the continent, Mines, Energy and Water Development Deputy Minister Richard Musukwa has said.
Mr Musukwa said there was need for countries on the continent to put in place appropriate institutional, legal and regulatory frameworks to improvement the management of mineral resources.
He said Africa was endowed with abundant mineral resources which should transform the economies to improve the living standards of the people.
Mr Musukwa was speaking in Livingstone at Zambezi Sun Hotel on Saturday when he officially opened the 1st ordinary session of the African Union Conference of Ministers responsible for Mineral Development.
The conference, which has attracted several mining policy-makers across Africa, is currently being co-hosted by Zambia in Livingstone  and Zimbabwe in Victoria Falls town.
He said the paradox of high poverty in the midst of abundant natural resources and the growing inequality in many African resource-rich countries should be a thing of the past.
“There is urgent need to speed up this process if the continent is to maximise benefits from mineral resources which are a wasting asset.
“The need to have a sustainable African Minerals Development Centre (AMDC) to assist member states in the implementation of the African Mining Vision (AMV) cannot be overemphasised,” Mr Musukwa said.
He said it was a well-known fact that mining provided numerous upstream and downstream linkages which had not been fully exploited by many countries.
Speaking at the same gathering, AU director for trade and industry Commission Treasure Maphanga said Africa had vast natural resources which were not sufficiently exploited.
Ms Maphanga said the development of the natural resources could have a lasting impact on the continent’s economy and social welfare.
“The development of mineral resources in Africa should be expected to general sufficienty revenue that will increase in years to come.
United Nations Economic Commission for Africa (UNECA) senior mineral sector adviser Kojo Busia called for concerted efforts in Africa to develop the mining sector.
“Collectively, we owe this to the next generation of Africans to realise a vision of developmental mining as a catalyst for structural transformation,” Mr Busia said.
Organising committee chairperson for the 1st ordinary session of the African Union Conference of Ministers responsible for Mineral Development, Eduardo Alexandre, urged delegates to come up with short term as well as medium to long term measures to promote development in the mining sector.