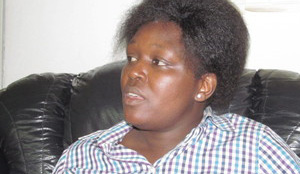 By KAIKO NAMUSA-
ROAD works in Western and Southern Province are on schedule and will add value to agriculture and tourism marketing, the Road Development Agency (RDA) has said.
RDA senior manager public relations, Loyce Saili said after inspecting various road projects in the two provinces that the works were progressing well and would be concluded as scheduled.
“These road projects are vital to economic development and in these provinces that have agriculture and tourism potential, there will be value addition to local economies and the country at large once completed,” she said.
Projects that the RDA team inspected in Western Province included works on part of the Mongu-Kaoma Road, embankment and bridge construction across the Zambezi River to link Mongu to Kalabo which cost US$286.9 million covering a 34 kilometer stretch.
Others were the construction of a bridge across the Zambezi River in Sioma area at a cost of K108.6million, and the upgrading of the 38 kilometer Sioma-Nangwesi Road and the Sesheke-Livingstone Road.
In Southern Province, works were progressing on the Monze-Niko Road that would link it to the Choma-Namwala Road. The road works involved K229.9million on the 74 kilometer road.
Works on the Bottom Road, linking the valley area from Chirundu District to Sinazongwe had reached around 57 per cent.
The contractor had since covered around 73 kilometers from the earmarked 131.5 kilometers in lot-one involving K333 million, while lot-two would be undertaken by another contractor and the project would cost K592 million.
Ms Saili said that so far 14 bridges had been built on the Bottom Road, this was to ensure that it did not get damaged during the rainy season, where flash floods were usually experienced.
“The Bottom Road and the Monze to Niko Road are two projects that are critical in the province and that they will help to reduce time of travel and also the lifespan of motor vehicles, above all these will help in marketing agriculture and tourism, these places are largely farming areas and Lochnivar National Park in Monze will be easily accessed once the road is finished,” she said.
Ms Saili said it was beneficial  that the various contractors carrying out various works were committed to finishing their respective projects as scheduled.