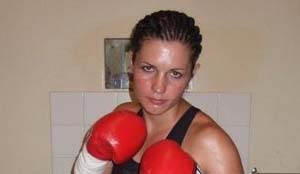 Almeida, who has a record of five wins, four loses and one draw from her 10 fights, says she is coming to neutralise Esther’s new power punch when the two square out at Government Complex on May 23.
She said via a teleconference call that she has a different style of fighting compared to most boxers and that Esther should expect a good beating.
“Esther has just disturbed a sleeping lion, as long as she is made up of flesh and blood I will neutralise her dangerous punches. To be honest, I don’t have difficulties fighting Esther because I have a different style of fighting,” she said.
Almeida said she has nothing to lose but something to prove when she fights Esther as an underdog.
She equally said that her fight against Esther will mark her comeback as she was in semi retirement for four years.
“I have similarities with Esther, I hear she had retired and I equally did the same for four years and it will be my comeback fight,”she said.
But Esther, during a Press briefing in Lusaka yesterday, said she will send Almeida back into retirement.
“I have prepared a well for Almeida, I will send her back into retirement with my new power punch, I am a killer bee,” Esther said.
Esther said she is putting in her best in training for her comeback fight which she wants to use to build up her reputation that got ruined upon retiring.
“I am putting in my best for my comeback fight, during retirement I faced a number of challenges, my reputation was ruined and need to build it,” she said.
Meanwhile, Exodus International Boxing Promotions (EIBP) has raised K350,000 of the required K600,000 needed to stage the fight.
EIBP finance director Jonathan Chilonda said Best Western Plus Lusaka Grand Hotel has aided the stable with K50,000 worth of sponsorship.