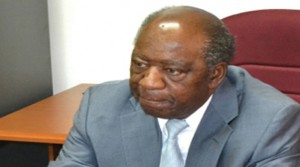 By JUDITH  NAMUTOWE  in Chilubi Island –
THE Zambia National Savings and Credit Bank (NATSAVE) has a total branch network of 33, making it one of the most represented non-bank financial institution sectors in Zambia.
The bank had a total asset portfolio of K616 million as at end of June this year.
Meanwhile, Finance Minister Alexander Chikwanda has said the Government will soon pump more money into NATSAVE for the branch expansion programme across the country.
Deposit liabilities to the public stood at K367 million while net loans were at K293 million.
Bank of Zambia (BoZ) director non-bank financial institutions supervision, Visher Bbuku said this during the official opening of Chilubi Island NATSAVE branch new building last Friday.
NATSAVE spent K3.5 million to put up the facility, with an Automated Teller Machine (ATM) which has added value to Chilubi Island.
Mr Bbuku said BoZ recognised the role NATSAVE played in rural expanding lending to the Small and Medium Enterprises (SMEs) in rural and peri-urban areas.
“An important element for financial service providers is to complement branch expansion with increased product innovation and diversification.
The ability to offer different types of products appealing to a wider range of clients leads to enhanced access to financial services,” Mr Bbuku said.
He said BoZ was aware that, in addition to opening new branches, NATSAVE had rolled out appropriate financial products such as the microfinance programme and Bunjimi Asset Plus loan product.
“For these laudable efforts to remain sustainable, we urge NATSAVE, especially as a deposit-taking institution, to manage its branch expansion in a safe and sound manner.
In this context, and with such a large branch network, it is critical for NATSAVE to have a robust Management Information System (MIS) to support operations of such magnitude,” he said.
Mr Bbuku said BoZ was pursuing a number of initiatives to ensure the banking sector operated  efficiently and in a sound  manner.
Among the initiatives is the introduction of a simplified Risk-based Know-Your-Customer (KYC) frame work that allows individuals who currently do not have the required formal identification to use
other forms of identification to enter the financial system.
Others are Regulatory Framework for Agent Banking to permit people contract third parties for financial services on their behalf.
On Funding, Mr Chikwanda said the Government would soon support NATSAVE for the latter to establish more branch networks throughout the country.
“I want to state that Government will be rolling out funds into NATSAVE for expansion of branch network throughout the country, although this time around we will not give you as grant like we did last year.
This time around it will be a loan which you will have to pay back because we want to create a sense of responsibility,” he said.