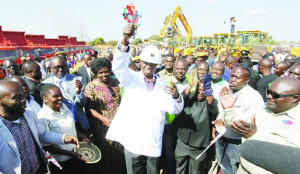 •President Edgar Lungu recently launched the commencement of rehabilitation works for the Solwezi-Chingola Road, which he described as a long-standing project.