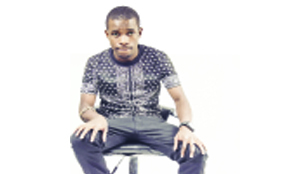 DIAMOND Girl, the latest single by gospel artist Mike Chalwe, aka Mike Shinolda Kool, has an interesting message behind the theme.
Speaking to Times Entertainment, Chalwe said his Diamond Girl touched the hearts of many as it carried a vision of campaign for women in Zambia.
“The single was a campaign for women, encouraging all to treat women in a special way all the time. We shouldn’t treat them well only on holidays such as International Women’s Day, but should treat them as a diamond to be treasured every day,” he said.
Chalwe kick started his music career while in secondary school when he made his first track called Scallop Shell in 2009.
He said that his influence in music came from his cousins who usually played old style rap and R&B songs.
That led to the formation of a group band – MBC – while in Grade six in 2003.
Later on while attending Faith Christian Academy, he continued with interest in music, earning himself the stage name Mike Shinolda Kool from a UK rapper Shinolda.
In 2012, Chalwe made a transition from circular music to gospel with an immediate release of the single track called Gravity.
In 2013 he signed a contribution contract with Z-Music which is based in the UK.
Z-Music is managed by Jasmine Kasoma.
Chalwe released the NIZEE compilation album of different artists such as Brizo, Tanasious, K-sick Z-music in 2014.
In the same year he released a mixtape called Transide, which was talking about contemporary society.
“We have lost our morals as a society and we need to improve the mindset appropriately,” he said.
The artists said that the music industry in Zambia has made huge improvements compared to what was the case in the past, but was quick to say the major draw back in musical development in the country was the high levels of piracy.
Chalwe has expanded his music by working with different producers and disc jockeys, like DJ- Drill who is based on the Copperbelt, and DJ-Low who masterminded the project Flower Child.
He said 2015 would be a different year in all aspects.
He is aiming to release three singles besides music videos He is also working with different artistes and producers to improve his skills.
Chalwe has established a clothing label known as Laugh Clothing which is specialised in T-shirt designs and prints, and his own record label Laugh Entertainment.
The musician has a bachelor’s degree in Public Relations from Cavendish University.
Chalwe gets his inspiration from international artistes such as Kanye West and Usher.
Chalwe is also inspired by local artists like Pompi and Mug 44 who have raised the standards of music in Zambia.
“I like how Mug 44 amped the standards of music which has inspired me to make music that can compete with the best and am grateful for that,” he said.