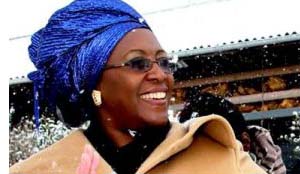 THERE is no doubt that the number of girls giving birth before the age of 15 in sub-Saharan Africa, Zambia inclusive, is on the increase.
According to a UN flagship population report, the number of girls giving birth before the age of 15 in sub-Saharan Africa will increase by more than 1 million by 2030 unless urgent action is taken to end child marriages, get more girls into school and ensure their rights are protected.
The report, Motherhood in childhood: facing the challenge of adolescent pregnancy, published last year by the UN Population Fund (UNFPA) warns that if the trend continues, the  number of girls under 15 having babies in the region is projected to increase from 1.8 in 2010 to 3 million over the next 17 years.
This would take the estimated total number of under-18s giving birth in sub-Saharan Africa to more than 16 million by 2030, up from 10.1 million in 2010, says the report.
Given these statistics, it is abundantly clear that serious and urgent measures need to be taken to address the problem of child marriages, which has been attributed to high maternal mortality rates and as a consequence of gender-based violence.
Unfortunately the trend is more widespread in rural areas in the region where parents force their daughters into early marriages for poverty reasons.
Admittedly, while respective governments have slowly wakened up to the reality and are doing everything to end this phenomenon  in their respective countries, there is still more to be done.
Therefore, it is overly encouraging that the African Union (AU) is treating this problem with the seriousness it deserves by coming up with a campaign to end the scourge as alluded to by First Lady Dr Christine Kaseba  yesterday in the Ethiopian capital, Addis Ababa.
We totally concur with Dr Kaseba, who as moderator at the Organisation for African First Ladies Against HIV/AIDS (OAFLA) 13th General Assembly applauded the decision by the AU.
This indeed is a step in the right direction as it will inspire governments that have not done much to do more in that area. As an organisation that plays a crucial role in the affairs of Africa, the AU has shown leadership and political will by leading by example in tackling this problem.
In Zambia, for example, the Ministry of Chiefs and Traditional Affairs, with the support of other Government ministries, the UN and cooperating partners recently came up with a campaign to end early marriages.
The campaign, which was launched by Dr Kaseba in Luangeni Village in Chipata, involves sensitising parents on the need to have their daughters in school and giving them an opportunity to excel in life as opposed to forcing them into early marriages.
Obviously, it is only through such measures that the issue of child marriages can gradually be brought to an end in Africa and give a chance to the girl-children to excel in life.
We can only hope that such sensitisation campaigns will quickly be implemented countrywide so that young girls  who have been forced into marriage can be taken back to school.
However, judging by the widespread nature of this problem, concerted efforts involving Government ministries, non-governmental organisations and traditional rulers is the way to go in addressing this problem.
Africa should give the girl-child a chance!