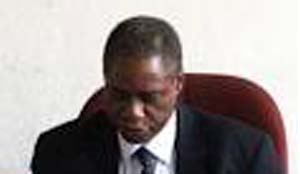 THE bilateral relations between countries world over are swiftly shifting from mere relations based on political and donor based relations to that of trade and investment.

Zambia is among the countries that are utilising bilateral relations with the “Economic Big Boys” to woo investments which is bearing fruit.

Recently the Government of Zambia through the Zambia Development Agency (ZDA) held a Zambia-Japan Trade and Investment Promotion Forum in Lusaka to show case the investment potential of this country.

“Government will continue implementing regulatory reforms which were aimed attracting FDIs and stimulate local industry in the country and the Japanese should take advantage of the incentives Government is offering to invest in various sectors of the economy,” Mr Chenda said.

He said Zambia provides incentive packages to all those investors who wish to invest in the priority sectors which include among others, agriculture, tourism, manufacturing, construction ,mining, energy and Information Communication Technology (ICT).

He said a combined population of over 600 million people with a combined Gross Domestic Product (GDP) of US$ 3.5 trillion which he said presented a huge opportunity for Zambian products.

He said the inflation rate has been at a single digit of 7.3 per cent in 2012 and 7.1 per cent in 2013. He said Japanese investors needed to take advantage of the prevailing economic environment and invest more.

In terms of the World Bank’s ease of doing business for 2014 Mr Chenda said out of 189 countries, Zambia was ranked 94 in 2013 and 83 for 2014 which he said was encouraging.
The Japanese Government has been rendering support in the development of modern infrastructure like roads, airports, power stations, communication facilities, Universities as well as scientific research which is aiding Zambia’s economic development.

The Japanese Government has pledged to boost Africa through trade and investment of the private sector to contribute to the growth of the sector to the tune of US$32 billion in the next five years.

Japanese Ambassador to Zambia Kiyoshi Koinuma said Japan would spend more than US$32 billion in contribution to the growth of the economy of African countries including Zambia.

Mr Koinuma said Japan would provide further $700 million on the Nacala Corridor in the next five years to support the development of the corridor which he said would have a positive implication for the economic development of Zambia in terms strengthening trade.
He said so far, the Government of Japan had spent over US$2 million in various projects in Zambia which had the potential to spur economic development.

Mr Koinuma appealed to Japanese investors to invest in the country saying Zambia was one of the best investment destinations in Africa looking at the political and economic stability in the country and resources Zambia is endowed with.

Vice chairperson of the Japanese Chamber of Commerce and Industries in South Africa Hiroshi Okado said Zambia had huge potential in not only mining but also in sectors like manufacturing, agriculture, tourism, and energy which needed to be further exploited.

“The forum is a wonderful opportunity for Japanese investors to collect necessary information on business environments to explore business opportunities in Zambia,”
Based on Japanese business interest in Zambia, the country has maintained its high economic growth over the last decade which is providing an opportunity for FDIs,” Mr Okado said.

“For us to consider investing in Zambia, political and social stability including labour environment and accessibility of reliable infrastructure are the key factors,” he said

The country so far has managed to attract industrial giants like Hitachi group, Japanese Tobacco International which operates in Zambia as JTI Leaf Zambia, Toyata Zambia, Komatsu, NEC and Toshiba among others

All theses companies participated and presented papers regarding their operations in Zambia.

“Hitachi decided to open a re-manufacturing plant in Zambia after considering many factors such as economic stability and mining potential for the supply of earth moving equipment,” Mr Chama said.

Mr Chama said Hitachi was presenting the country to earn foreign exchange through exports saying the company had started exporting construction machinery to the neighbouring countries such as Mozambique and Malawi.

Dr Chunga said besides that, the country was rich in natural resources and that what Zambia needed was partnerships to exploit the resources.

“Opportunities for businesses are immense in Zambia, there was need to change the misfortunes to fortunes through business partnerships to improve the quality of goods by enhancing the technical capacity,” he said.

dustrial development in the country and that, Japanese investors
should take advantage

The forum presented an opportunity for the country to show case what it offers in terms of investment opportunities as well as areas of economic cooperation.