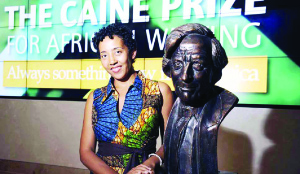 By STEPHEN KAPAMBWE –
TWELVE writers from six African countries have converged on Chaminuka Lodge near Lusaka, Zambia, where they are spending 13 days (18 March-29 March) to write, read, discuss work in progress and learn from award-winning author Jamal Mahjoub, the writer also known as Parker Bilal, and Ellah Wakatama Allfrey OBE, Caine Prize Deputy Chairperson, literary critic, editor and broadcaster.
This year’s participants include 2015 Caine Prize winner Namwali Serpell (Zambia) and 2011 winner NoViolet Bulawayo (Zimbabwe); Chilufya Chilangwa (Zambia); 2013 winner Tope Folarin (Nigeria); 2013 and 2015 shortlistee Elnathan John (Nigeria); 2012 and 2014 shortlistee Billy Kahora (Kenya); Bwanga Kapumpa (Zambia); 2015 shortlistee FT Kola (South Africa); Kafula Mwila (Zambia); 2015 shortlistee Masande Ntshanga (South Africa); Timwa Lipenga (Malawi); and 2014 winner Okwiri Oduor (Kenya).
Mahjoub, who along with Ellah Allfrey, is facilitating the workshop this year, said: “The annual workshop allows writers a unique chance to develop their work and to see themselves as part of a literary community.
“It is always exciting to meet new writers and help them realise their potential. The workshop is, in my view, one of the most important aspects of the Caine Prize.”
During the workshop which ends next week on Tuesday, the writers will be expected to write a short story for the 2016 Caine Prize anthology, which will be published in the UK by New Internationalist in the summer, and subsequently by a network of co-publishers.
Alongside Interlink in the USA, eight African publishers receive a print-ready PDF to print in their country.
The eight include: Jacana Media (South Africa), Lantern Books (Nigeria), Kwani? (Kenya), Sub-Saharan Publishers (Ghana), FEMRITE (Uganda), Gadsden Publishers (Zambia), amaBooks (Zimbabwe) and Langaa (Cameroon).
The workshop will incorporate a visit to local schools and a public event. Caine Prize Director Lizzy Attree said: “As Namwali Serpell won the 2015 Caine Prize we are pleased to bring the workshop, for the first time, to her home in Zambia. We are also very pleased to be supported by Carnegie Corporation of New York.”
Jonathan Taylor, chair of the Caine Prize Council, added: “We are hugely grateful for the support of Carnegie Corporation of New York for this important workshop in Zambia, which is likely again to be the launch pad for many successful literary careers.”—BOOKS LIVE