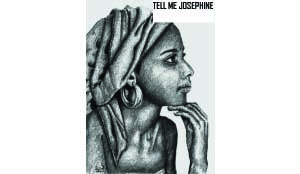 Dear Josephine
I am an 80-year-old retired army officer who invested in several business ventures that have borne financial fruition. All my children are independent and living on their own.
Recently, my wife died prompting me to marry another woman who is 20 years younger than me.
I want to write a will but I have reservations about leaving a good chunk to my second wife whom I feel doesn’t deserve a share of what I toiled for with my late wife.
I say this because my wife who is a teacher is very tight with her money and yet she wants me to spend my money like it is going out of circulation.
What should I do?
Mr JM
Lusaka
To start, let’s go over some basics. One of the ways that you evaluate a woman’s interest level (degree of love) in you when you’re first dating her is to observe what she does when the two of you have finished eating at a restaurant and the cheque arrives.
The odds of her having high interest in you are much better if she allows you to pay without bringing up the idea of sharing the cost.
When she lets you be the “sole provider” in this context, it means, on a deeper level that she’s surrendering to you.
As the head of the house as you men call yourselves I don’t think there is any plausible reason why you should not include her in your will.
How often shouldone think about sex?

Dear Josephine
How often should one think about sex? I ask this question because I think about it all the time. As a deacon in church, my mind is always preoccupied with thoughts of sex whenever I am in a company of women. I feel this is strange and it is tampering with my faith as a Christian. What should I do?
Hebert C
Mufulira

Is it true that short men have more sex than tall men?

Dear Josephine
I am a very tall young man who has a very short man as my friend. Since we share our sexual exploits, I have observed that he has more women and makes love more often than me. Is the myth that short men have more sex than tall men true then?
Kabwe L
Kitwe

Dear Kabwe L
It is true that shorter men have more sex than tall men. According to The Journal of Sexual Medicine, shorter men have more sex than their taller counterparts.
More specifically, in a study with 531 heterosexual guys, “coital frequency was higher among men with a height of less than 175cm” (just under 5’9”).
This seems to go against everything we have (perhaps unconsciously) learned about stature and men: That height is a genetic indicator of physical fitness and, therefore, attractiveness.
The study revealed that men shorter than five feet nine inches reported having the most sex challenging the belief that taller men get more women
Also worth noting, was that men with wider waistlines were recorded in the lowest percentile of sexual activity. “Obesity and metabolic diseases can cause all types of sexual function to deteriorate in older age, whereas their effects may not yet be prominent at younger ages (below 45 years),” the study observed.
Since we can’t exactly alter our height, researchers recommend we focus on something we can control: our weight. Since obesity was found to be a huge detriment to one’s sexual health, it is recommended one work hard at preventing serious weight gain to improve not only their sex life and confidence but their physical health as well.

Dear Josephine
I hit 65 last month and I can tell you my libido seems to be diminishing. When I complained to my wife, who is a doctor she said that was normal since I am approaching what is called andropause. I googled the name and came up with more depressing news since the definition is a collection of symptoms, including fatigue and a decrease in libido, experienced by some older men and attributed to a gradual decline in testosterone levels. This has really depressed me and psychologically affected my love-making. What should I do?
Big Mike
Chingola
Dear Big Mike
Andropause or male menopause is real and affects men approaching middle age and beyond (40 and older).
They may experience a phenomenon similar to female menopause, called Andropause. Unlike women, men do not have a clear-cut external signpost to mark this transition, such as the cessation of menstruation.
Both menopause and andropause, however, are characterised by a drop in hormone levels. Estrogen in the female, testosterone in the male.
Resulting bodily changes occur gradually in men and may be accompanied by changes in attitude and mood, fatigue, a loss of energy, sex drive and physical endurance.
What’s more, studies show that this decline in testosterone can actually put men at risk for other health problems such as heart disease and weak bones.
Since all this happens at a time when many men begin to question their values, accomplishments and direction in life, it’s often difficult to link the changes that are occurring to more than just external conditions.
Unlike menopause, which generally occurs in women during their mid-forties to mid-fifties, men’s “transition” may be much more gradual and spread over many decades. Attitude, psychological stress, alcohol abuse, injuries or surgery, medications, obesity and infections can contribute to its onset.
Although a decline in testosterone levels will occur in virtually all men as they age, there is no way of predicting who will experience Andropausal symptoms of sufficient severity to seek medical help. Neither is it predictable at what age symptoms will occur in a particular individual. Also, each man’s symptoms may be different.

Should I marry again?

Dear Josephine
I am a 55-year-old woman who got widowed five years ago when my husband died in a car accident.
I am still sexually active and feel my marital bliss was somehow curtailed by death.
However, when I hinted that I wanted to get married just to test the waters, I was roundly condemned by church members, family members and friends.
Is 55 too late an age for a woman to get married again?
Bana K

Dear Bana K
Of course you can get married at 55 or even 65. A number of widowers even those as old as 70 get married. Why should there be a fuss when a widow wants to get married?
According to figures published by Britain’s Office for National Statistics, marriage in 2012 was up five per cent the highest total in any year since 2004 and older men and women, the silver splicers, are especially enthusiastic.
It’s never too late to say, “I do”. The number of grooms in their late sixties increased by 25 per cent (2011-12) while brides of the same age went up by 21 per cent. One in 10 had been single, two-thirds divorced, and the rest widowed before tying the knot.
If there is a good God fearing man, then go for it. By the way age is just a number.

Dear Josephine
I am married to a woman who hails from a tribe (which I won’t mention ) where relatives don’t consider the privacy of a couple.
I say this after noticing that since I married, my wife’s relatives both male and female are too free with my wife and enter the bedroom and intrude even when I want to be alone with my wife.
I have raised concern over this intrusion with my wife but she says I should understand her custom. I find it really annoying. What should I do?
Percy B
Kitwe

Dear Percy B
Privacy for married couple is very important regardless of what tribal norms dictate.
I would suggest you sit your wife down again and explain how you feel about the intrusion.
Dialogue is the bedrock of a successful marriage.-tellmejosephine@gmail.com