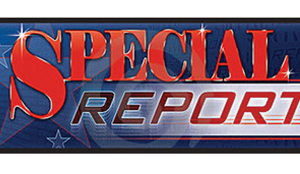 SINCE independence, Zambia has never experienced such levels of xenophobic sentiments as witnessed recently against the Rwandese whose shops were looted in riots that spread to some townships in Lusaka.
Although more than 250 people have been arrested in Lusaka to curb xenophobic violence, much civic education needs to be done for Zambians to learn to live in harmony with the Rwandese and other new arrivals like Lebanese and the Chinese.
From media reports, at least 62 Rwandan-owned shops were looted in the riots, which are the worst xenophobic violence in the country.
The riots started in two areas on Monday following rumours that Rwandans were behind ritual killings in Lusaka.
This follows news of at least seven people being murdered in recent weeks and their body parts removed.
Authorities should take the attacks that were ignited by rumours that Rwandese were behind the ritual killings seriously since the status quo of Zambia being a haven of peace for foreigners has been challenged.
The refugees whose number is estimated to be around 6,000 often came to Zambia as refugees fleeing the 1994 genocide in their home country.
It is ironical then that they should be faced by more violence in a country that should accommodate them as brothers and sisters.
Despite Home Affairs Minister Davis Mwila who visited some of the riot-hit areas assuring the nation that the police had released a “suspected foreign ritual killer” in an earlier statement, the damage had already been done.
Now Zambia has joined other violent countries like South Africa where citizens treat foreigners with great suspicion.
According to United Nations estimates, humans are roaming far and wide: In 2015, there were 244 million international migrants, up from 173 million in 2000.
Though unlike other Western countries, despite Zambia not yet reaching a level where citizens are likely to meet foreigners, the country’s locals are wary of foreigners mainly because of their advantaged position financially.
Most foreigners like Lebanese, Chinese and Rwandese are usually engaged in business and thus have a better financial status than locals.
Note that the xenophobic sentiments in the recent riots were more potent in some shanty townships than in middle-class and high-class residential areas.
This is a manifestation of anxieties among locals although on a broader scale, the human desire to keep out “the other” might be partly explained by a vestigial psychological quirk that people have against foreigners.
The mechanism, called the behavioural immune system, tells us to avoid things that are unfamiliar because they might contaminate our way of life.
Although in the past ritual killings have been committed by Zambians, the temptation of linking these grisly murders to foreigners is high, especially in a superstitious society like Zambia.
Originally, the word xenophobia comes from the Greek words xénos, meaning ‘the stranger’ and ‘the guest’ and phóbos, meaning ‘fear’.
Thus, xenophobia stands for ‘fear of the stranger’, but usually the term is taken to mean ‘hatred of strangers’ and can be understood as “an attitudinal orientation of hostility against non-natives in a given population”.
In contrast to socio-biologists who consider xenophobia to be a universal phenomenon, social scientists describe it as one among several possible forms of reactions generated by anomic situations in the societies of modern states.
In countries where people of different races live, xenophobia and racism often overlap although they  are distinct phenomena since unlike xenophobia racism usually entails distinction based on physical characteristic differences such as skin colour, hair type, facial features, while xenophobia implies behaviour based on the idea that the other is foreign to or originates from outside the community or nation.
In Zambia, though this is the first recorded xenophobic attack, there are xenophobic stereotypes against foreigners like Indians, the Chinese and the Lebanese.
Most Zambians feel Indians are a parasitic, aloof, proud and isolated group that looks down on indigenous Zambians.
For the Chinese, although many Zambians accept them for their readiness to integrate, some locals have misgivings about their intended goal in the country.
For Lebanese, stereotypes also abound that the foreigners are crooks who put up a front of a genuine business while engaging in clandestine activities.
Since Rwandese are black like us, the main bone of contention against them is that they are usually successful since they run businesses and compete favourably despite arriving in the country quite recently.
In countries where xenophobia has got out of hand, common strategies to fight it have included giving new political impetus to restoring tolerance at national level, by governments and by individuals and non-governmental organisations.
Secondly, measures have been put in place to inspire a more comprehensive, cross-sectoral approach, addressing not only the symptoms but possible root causes such as poverty, socio-economic conditions and unemployment.
Thirdly, deliberate efforts have been made to promote closer co-operation between foreigners and locals of a host country.
In a Christian nation like Zambia, locals should be made aware of the reprimand God made against the Jews in Leviticus 19:34 when he stated “When a stranger resides with you in your land, you shall not do him wrong.
“The stranger who resides with you shall be to you as the native among you, and you shall love him as yourself, for you were aliens in the land of Egypt, I am the LORD your God.”