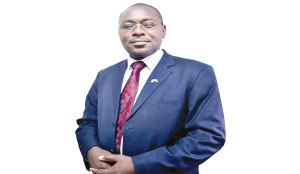 LUSAKA-based gospel singer Mpundu Mwape is planning to release an album which is aimed at promoting peace in the country ahead of the August 11 general elections.
The Seventh Day Adventist (SDA) evangelist said the album would be released in the next three months.
Mwape, who is a chauffeur and transport officer in one of the Government ministries, said he decided to release the album in order to promote peace.
The decision was also prompted by the overwhelming response that his first two albums received from SDA members.
“I did my first project entitled Living on my Mind in 2012 and my second album called It’s Beginning to Rain. I am just working on my third project now,” he said.
Living on My Mind was an eleven-track album which had songs like I Would Rather, Ubusuku, Mwana Davida, Wasted Years, Because He Lives and the title track Leaving on my Mind.
His 2014 project – Its Beginning to Rain – was a 12-track effort that talks about blessings.
“The third album will have 14 tracks and it’s coming out in next three months,” he said.
He said even though he was yet to decide on the album title, he already had all the material for the album.
Mpundu described his music as contemporary country-gospel music that promotes peace especially in this year when the country would be going for general elections.
He said church leaders had a moral duty of preaching peace rather than practising partisan politics which risked dividing the church.
The church leaders who engaged in active politics risked dividing their members who also have different preferences when it comes to what political party leaders they support.
Mpundu said the recent spate of lootings that rocked Lusaka were caused by criminal elements who took advantage of unemployed young people roaming the townships.
He called on the young people in the country to start taking their lives seriously and think about what they can do for Zambia in their individual capacity rather than always waiting for the Government to provide them with employment.
He said it is not possible for the Government to provide jobs for all the young people.