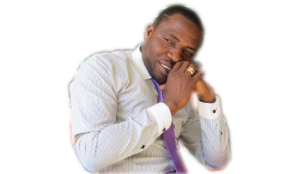 RENOWNED musician Kings Malembe Malembe says fellow gospel artistes have a huge role to play in promoting peace during and after the forthcoming president and general elections.
He said gospel music can reach where one cannot reach because of its flexibility to communicate to people easily.
“Music is the greatest weapon that can convey messages when one cannot reach out. For instance, it can even reach the president even when he is alone,” he said.
The Gospel star says there can be no gathering without peace and gospel artistes have that comforting message which is a war breaker to every terrible situation.
It is for this reason that Kings will be launching his fifth album titled “Lesa Alikula” at Nkoloma stadium on the July 9, 2016.
The music event which will also be an all-white attire concert to symbolise
peace, will not only get spectators to put on dancing shoes but to also be part of the peace promoters.
Kings is geared to bring the music magic of unity through his uplifting Christian music that people have come to love and associate with.
At the same event, the celebrated Gospel artiste will be introducing his latest tracks.
Kings Malembe who is famous for his “Uwampela Ameno” and “Pye pye pye” hits,  is geared to deliver an explosion of praise and worship songs.
His peace gospel album launch is a way of reminding Zambians that the country is an oasis of peace and unity which should continue to be upheld.
It is for this reason that he has decided to take up whichever platform to convey the message of God’s goodness.
He appeals to all political parties to attend the event dressed in white and all the other invitees as a symbol of peace.
“Zambia has for a long time now enjoyed peace since the time it got its independence, we ought to maintain it,” he said.
The all-white Lesa Alikula album launch is organised by CHAPRO and aims at unifying people socially by promoting peace and unity through music.
And speaking in an interview CHAPRO marketing and promotion Manager Waddy Shibemba said the main reason of the album launch for Kings Malembe Malembe, is to bring and bond people to working together.
He said music can relate to situations that allow people to coordinate their action that is why the peace musical concert is ideal to lay a music experience that seeks God’s guidance during this year’s general election.
“Fans should expect the best from Kings at the all-white album launch this July,” he said.
He said the dynamic artiste will spread the message of peace with his latest tracks.
Shibembe said all those wanting to attend the event should be dressed in white as a symbol of peace that Zambians have enjoyed for a long time.
Among other supporting acts to provide a memorable musical experience for the spectators are a  gospel group DMK, Abel Chungu and Defence security Choir.