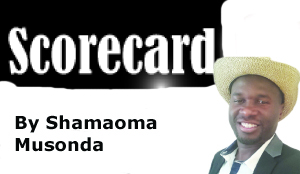 THERE we go again, the mighty Chipolopolo and a whole load of disarray ahead of some really important engagements.
Just days after Zambia got knocked out of the race to qualify to the Gabon 2017 Africa Cup of Nations (AFCON), with a game to go, mainly because of horribly poor travel arrangements, the Chipolopolo face a crisis going into the regional COSAFA regional senior championship in Namibia.
League champions Zesco United have withdrawn their coach, George Lwandamina, who is also Chipolopolo head coach, from the national team because they need him to settle down with his club as it prepares to go into the CAF Champions’ League Group stage.
Similarly, league leaders Nkana want their coach Aggrey Chiyangi, an assistant at Chipolopolo, because they believe this will just disturb the team cohesion and may end up messing up their league title hopes.
As if that is not enough, a relatively key international friendly match against COSAFA champions and hosts Namibia which should have been held today has been called off at the 11th hour.
There is just so much wrong going on in Zambian football and it is such things that ultimately are the reason qualifying even to the AFCON finals is such a big problem.
We have no right to even talk about the Russia 2018 World Cup because we have not just put our act together yet.
I think I will focus on the moves taken by Zesco and Nkana to withdraw their coaches from the national team which I believe is the right move because they should not be made to suffer over FAZ’s indecision on a coach.
Zesco had started the year perfectly well with five wins in five but six games later, they have picked up just one win and this is partly because their head coach Lwandamina has also been busy with the Chipolopolo.
Their title defence is hanging in a balance, going by current form, and with the CAF Champions League coming, they cannot just take any more chances.
They took a chance already when they sent the team to west Africa without Lwandamina and were battered 2-0 and got away with the fact they had scored enough at home.
Nkana on the other hand, seem to have found their feet finally after the death of coach Masauso Mwale whose title defence had also been thrown to the wind by Chiyangi’s call up to the national team.
Here is what I think FAZ should do; they should employ their own coach and stop using the bait that they intend to employ a foreign coach as that is why they have not given a local coach a contract. Meanwhile, they are disturbing clubs.
In my more than three decades, the national team has had mostly a local coach taking charge of the team than a foreign trainer and this talk that they intend to engage a foreign coach always comes up. It is about time FAZ made a decision on a coach because Government has stated it is ready to pay for a local coach but it lacks finances for a foreign coach.
FAZ is actually risking the wrath of the Labour Office for engaging in casualisation over the head coach role at the national team and if I can remember well, casualisation was outlawed in Zambia.
For comments: shamsmuzo@gmail.com