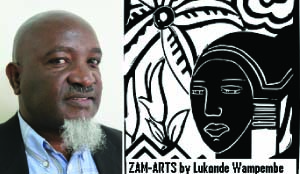 In this month’s continued celebration of a year’s criticism particularly in African Literature, and more so poetry, we have been examining with the critic’s lens what made this column a success it has been in appealing to a cross section of our country’s readership. Some of the exciting reviews were based on the Ugandan writer and poet, Okot p’Bteck’s works, notably his two songs: Song of Lawino and Song of Ocol, a typical symbol of a clash of cultures in African literature. In a few weeks that we kept the material running we critically examined closely a couple of themes, and in this week’s celebration we return to the topical theme of politics in Africa before we look at how the column started and then continue with new criticism of literary art; and so, here is how it all happened in Lawino’s and her husband’s worlds—In Africa’s socio-political and cultural sensibility, politicalgerrymanderof one form or the other is a recurrent theme in post-independence modern African literature.  Africa’s emerging writers, disillusioned by a spate of corruption and failure to fulfil the promises made to the citizens, turned their literary swords against the new ruling elite, a crop of Africanleaders  gallivanting the corridors of power with a swagger. Those who rose to the challenge included fiction writers, dramatists and poets.  The deplorable socio-economic conditions opened avenuesfor contemporary themes in sharp contrast to the romantic literature of the pre-independence era.
The situation was so dreadful that some writers were accused of gun-toting.  Others served jail sentences for producing what governmentsperceived as subversive literature.  It is under these circumstances that, I will marry when I want, satirical play by the Kenyan writer, Ngugiwa Thiong’o, was written but unfortunately later banned for public performances. In Nigeria, Wole Soyinka, wrote and performed, OperaW onyonsi, one of his earliest plays, a kiss-and-telldrama about barefaced dictatorship in Africa featuring Idi Amin, Jean-Bedel Bokassa and Macias Ngwuema. The list of this kind of politicalsatire is long. Little wonder that one of Okot p’Bteck’s themes in ‘Song of Lawino’ is adefinite brand of African politics. Ocol’s source of arrogance in so far as Lawino is concerned ishis formal education and political connection. In our last conversationover the book, we would like to consider these two significant themes.  One needs to listen to Lawino herselffirst,about herhusband’s quest for education (p 91):
Listen, my clansmen,
I cry over my husband
Whose head is lost.
Ocol has lost his head
In the forest of books…
My husband has read much,
He has read extensively and
Deeply,
He was read among white men
And he is cleverer than white men

And the reading
Has killed my man,
In the ways of his people
He has become a stump.

If there is anything that has alienated Ocol from his clan, it is his class room education. At least, so it seems, from Lawino’s explanation. He is not only a widely read man, but he is also a man who has had his works read and as Lawino insists, read not just by any other person who happens to read, but read by white men—what an accomplishment!  This point about who reads Ocol’s books ought to be emphasized.  It is here that his head has been lost so as to discard the entire gamut of all that he once cherished and that which once endeared him to his people— the traditions, norms, art and culture. The man is now lifeless and culturally supped of wisdom. One would notice Okot’s impressive image of the forest of books as an illustration of his protagonist’s pride.  Ocol has read deeply or rather has drunk deeplyfrom the wells of knowledgeacross the world. In order to get a glimpse of Ocol’s educational achievement, Lawino invites the reader to her house(p 92):

My husband’s house
Is a mighty forest of books,
Dark it is and very damp,
The stream rising from the ground
Hot thick and poisonous
Mingles with the corrosive dew
And the rain drops
That has collected in the leaves

The repetitive metaphor of the forest (with fresh leaves!) that characterizes Lawino’s home is an interesting feature of Okot’s artistic mind. The use of trees and climbing plants(paper and books) resulting into adense house- forest is a creative genius of a symbol of confusion and mental disorder of Ocol.  Okot creates a mental disorder of his character by a display of confusion in his home.   A look at the disorderliness of paper arrangement (or disarrangement) is a symbol of a confused man. His mind is as unstable as his corrosive paper and dog-eared books. Looking at Ocol’s desk and his book shelves is reading the mind of a man completely and mentally estranged. It is a mirror of a man suffering from schizophrenia; he is threateningly dangerous to his wife. Lawino’s house has become a rainy forest: damp, foggy and sickening for ahealthy mind. So saying, the ground is set for Ocol’s extended metaphor of confusion into the political arena for, we hear, that is what is keeping Ocolso busy these wretched days (p 81):

With the coming
Of the new political parties,
My husband roams the country-
Side
Like a wild goat;

He is up before dawn:
You think
He is going to hoe
The new cotton field
Or to sow the millet
Or to harvest the sismsim
All day long
He is away,
He does not eat at home
As if I do not cook!

The pride of a cultured Acholi woman is to prepare food for a husband and expect him to return home and enjoy it. This is a woman’s generation of cultural socialization for men that return from the fields, tired and hungry. This, however, is a foregone ancestral relic for, Ocol the modern man, cannot handle a hoe or sow millet. His education has weaned him from all that; he is now in a new era of politics. The sismsim business is now far behind him becausenow heroams the country -side like a wild goat campaigning for his new party in a multi-party dispensation. Ocol’s nameless brother has also joined politics although he serves in another party altogether (p 82):

I do not understand
The new political parties,
They dress differently,
They dress in robes
Like the Christian diviner-
Priests,
But Ocol treats his brother
As if they are not relatives,

Ocol puts on a green-and –white
Robe,
A large flowing robe
And he struts
Like a bull baboon…

It is interesting that Okot himself returned from his studies in Britain to take part in his country’s elections of 1962 on the ticket of the Congress Party, representing his constituency although apparently he lost. It is not hard to imagine the influence of Okot’s experience in these fine lyrics. First, there is a question of identity characterized by a particular colorful dress code for either the Democratic Party or the Congress Party; Lawino’s husband is the leader of the former.  The political campaign period is like ‘a season of anomy,’ a revealing expression akin to one of Soyinka’s fiction titles. There is an unmistakable acrimony where brother is set against brother and this is unthinkable to Lawino. The image of a judge who condemns people to death in reference to Ocol’s brother’sflowing robe is an interesting metaphor in the sort of politics Lawino is concerned about. It actually renders subtle insinuations of politicalfallacies (p 89):

Then why do they not join
Hands,
Why do they split up the army
Into two hostile groups?
The spears of the young men
And their shields,
Why are the weapons
And the men and women
Dispersed so uselessly?

And while the pythons of
Sickness
Swallow the children
And the buffalos of poverty
Knock the people down
And ignorance stands there
Like an elephant,

The war leaders
Are tightly locked in bloody
Feuds,
Eating each other’s liver
As if the D.P. was leprosy
And the Congress yaws;
If only the partiers
Would fight poverty
With the fury
With which they fight each
Other!

Like the skillful story-teller that he is, Okot finally draws us to the moral of the tale, at least on the part of well-balanced politics— the need to eradicate the pythons of sickness, the buffaloes of poverty and the elephants of ignorance! As the narration comes to an end and before the listeners retire for the night, the raconteur brings down his gavel with a bang. In my view, using Lawino only asa mouthpiece, Okot wonders why all the folly of feuds in politics if all the intentions of politicians is toraise the standard of living for their own people. Why all the bloody fights, why the eating of each other, why all the useless expending of the youth’s energy, why all this use ofweapons directed at one another and the people they purport of ignorance for the good of the people? Lawino Unedu, or rather,the simple asks! At least for now dear reader, Lawino is more sophisticated and wiser than her ‘educated’ husband. Her comprehension of the morality (or a lack of it) of African politics is moreadvanced.I urge the readers to hear Ocol’s response to Lawino’s attacks in our subsequent columns. Meanwhile, help yourself with Okot’s book on our streets for the whole poetic narrative.
Comments:–ofpoetspoems@gmail.com