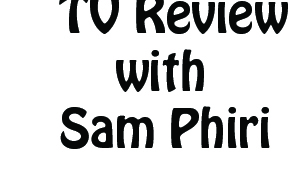 COMPLEMENTS of the season to all my ardent followers of this column. It is interesting that finally we are almost closing the book of 2016 and shelving it in the archives for historical reference.
What an interesting year it has been at the same time a lot has really happened on television channels.
One of the most interesting episodes was the coverage of the historical 2016 Zambian general elections that saw President Edgar Chagwa Lungu emerge victorious in a closely-contested election.
This particular episode was particularly interesting as it gave viewers more time to get to know political personalities and understand the shift in the political hemisphere.
Some local television stations had a lot to offer in relation to the same, the outcome of the referendum and the subsequent election petitions.
ZNBC was at the centre stage of giving the viewers election coverage although some viewers accused the station of giving a biased coverage.
However, the national broadcaster should be commended for a job well done during the same election period although I am not completely ruling out some flaws.
One other aspect that gripped viewers to the national broadcaster was the death of one gallant female award winning broadcaster.
It was really hard to believe that the ugly face of death yet again resurfaced robbing the media fraternity of one gallant broadcaster with an incredible track record in the television broadcasting profession-2014 MISA Journalist of Year Award winner Faith Zyanyadza Khandaba.
Government was shaken!
The shocking announcement that on 24 February 2016, around 05:00 hours Faith breathed her last at Lusaka’s University Teaching Hospital (UTH) besieged the entire nation with lamentations that would not only last a night but countless nights – what a woman!
With her signature spectacles on her humble face, Faith created a special relationship and family with millions of Zambians mainly through her proficient news casting and anchoring of high profile interviews on ZNBC.
A huge family of viewers from depth and remotest areas of this country, all the way to the first family will forever remember, appreciate and celebrate the life of this fearless journalist.
Although it was an impossibility to meet all her viewers that appreciated her huge contribution to the television industry and the country, many felt the loss just as though they had met her; an
indication of a positive impact created.
With the fact that Faith was to celebrate her 41st birthday on June 7, compounded the grief in many who personally knew her.
That is why it is hard for her ZNBC family and viewers to stomach the fact Faith’s face was permanently swallowed by a dark cloud of death. MHSRIP
The other highlight was the shocking result of the Americas 2016 elections which shocked the world when Donald Trump was declared winner.
It was indeed an interesting result, especially for those who keenly followed the drama of the American elections which denied Hilary Clinton chance of becoming the first ever American female President.
CNN, DStv channel 401, followed and monitored the elections so closely giving each detail to the world especially 10 days before the elections.
To be honest, I am one of those who never saw the result under review coming just like many other people including the CNN themselves.
About three weeks before the elections, after the last debate between the two candidates, there were interesting analyses about who was likely to win with the pendulum swinging towards Clinton.
All the predictions including some prophetic words by some world renowned clergy all suggested that Clinton was headed for victory.
CNN’s Richard Quest, on his famous Quest Means Business programme analysed how the voting was likely to go especially after the last debate were Trump was accused of abusing women.
In fact CNN journalists asked themselves where they had gone wrong in there pre-election analysis which was showing Clinton as the favourite to win.
What can we say apart from conveying our congratulations to the new USA President Donald Trump on his victory?
Viewers are now doing the countdown 100 days of Mr Trump in the highest Public office when in fact he had never held any public office in his lifetime. CNN has been handy for this and so far Mr Trump has impressed by his selection of cabinet.
It is true that CNN and I did not see the winning of Tramp coming following the comments and physical analysis that were made before the elections that showed the high possibility of Clinton winning.
We were not very wrong though because Clinton actually won the popularity vote but lost it on the electoral collage vote.
Now, apart from my third wedding anniversary that I will be celebrating on Wednesday 21 December, these are three highlights that really made my 2016.
I would like to wish you all a very happy and incident-free festive celebration and may God richly bless you all.
We end here today but please let us continue with this interesting and helpful interaction through calling or texting 0974372181
Or send your emails to samphriri77@gmail.com