NOW that the new US Government under Donald Trump has withdrawn funding from the International Planned Parenthood Federation (IPPF), Marie Stopes Foundation and other entities that offer abortion-on-demand, it is time for our Christian Nation to talk about it.
In fact, the US Government now has legal power to even de-fund literally all abortion international bodies.
After all such entities as the named two operate in Zambia. What is the Christian Nation position on abortion on demand?
Since the world’s greatest superpower has taken a strong position (Mexico City Policy) to reverse 44 years of judicial sympathy for those who believe that a zygote is not a human being, why should Zambia entertain organisations promoting abortion as a human right even without any medical threats to expectant mothers?
The Mexico City Policy bans funding to organisations that perform abortions overseas or lobby for legalising them in foreign nations.
Trump’s pro-life action comes a day after the 44th anniversary of the notorious Roe v. Wade Supreme Court ruling, which along with the court’s Doe v. Bolton decision, established abortion-on-demand as the law of the land. 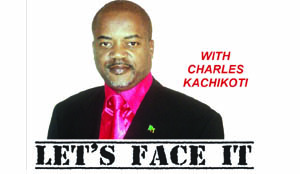