By KASONDE KASONDE –
THE Japanese government has donated medical equipment worth K1.8 million to the University Teaching Hospitals (UTH) in the newly-born babies ward, D Block.
Japanese Ambassador to Zambia Hidenobu Sobashima said UTH, being a third-level hospital, required quality equipment to address the challenges faced by pregnant women and their babies.
Mr Sobashima said Japan attached importance to the promotion of resilient health systems for quality of life to achieve universal health coverage and create a resilient Africa.
He said the donation of the patient monitors in the neonatal ward, the operation theatre, introduction of 165-kilowatt voltage regulators for infant resuscitators and stand-by generators would go a long way
in saving the lives of the babies. 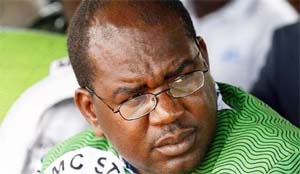 “We believe that for Zambia to achieve further development in a sustainable manner, the strengthening of the health sector is important,” Mr Sobashima said.
He said with the new cooperation, UTH would continue to play an essential role in promoting universal health coverage in the country and would remain a symbol of friendship between Zambia and Japan.
Health Minister Chitalu Chilufya said the Government had prioritised maternal and child healthcare and, to that effect, had set aside targets to reduce maternal and child mortality in the national health strategic plan by 2021.
Dr Chilufya said the Government had placed premium on neonatal health and had made significant progress in improving it by refurbishing the infrastructure, improving medical technologies and enhancing human capital development.
The minister said the Japanese government had been a strategic partner of the Government in its quest to improve maternal health in the country.
Dr Chilufya said investing in power supply and technologies that would not disrupt power supply meant that the children would consistently have access to services that were life-saving.
He also said UTH would carry out an operation on Siamese twins in two months’ time and that he was confident the doctors at the institution would carry it out successfully.