‘I was forced to hand over instruments of power’
Published On November 14, 2014 » 5577 Views» By Moses Kabaila Jr: Online Editor » HOME SLIDE SHOW, PHOTOS OF THE WEEK, SHOWCASE
0 stars
Register to vote! 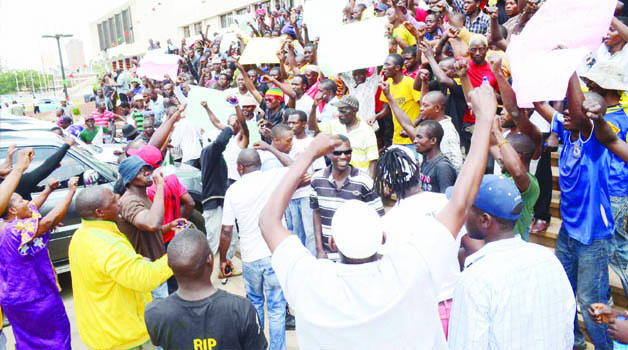 By PERPETUAL SICHIKWENKWE-
DEFENCE and Justice Minister Edgar Lungu has told the Lusaka High Court that he was forced to surrender the presidential instruments of power because he was threatened with treason.
Mr Lungu, who is Patriotic Front (PF) secretary general, submitted before High Court Judge Gertrude Chawatama that he and some Cabinet ministers were threatened with arrest by Attorney General Musa Mwenye, forcing him to hand over the powers to acting President Guy Scott, out of fear.
He said he was in agreement with former minister Newton Ng’uni’s action to seek permission of the court to challenge and have reversed the decision that compelled him to surrender the power to Dr Scott.
Mr Ng’uni has dragged Mr Mwenye, Dr Scott and Mr Lungu to court, seeking a reversal of the transfer of power.
But in his affidavit in response to the affidavit in support of Mr Ng’uni’s notice of motion, Mr Lungu agreed with Mr Ng’uni that a Cabinet meeting was held on October 29, 2014 at 06:30 hours and being the acting President, he opened and chaired it.
During the meeting, Dr Scott and Mr Mwenye arrived with the Secretary to the Cabinet Rowland Msiska and interrupted the meeting, advising that it was illegal.
According to Mr Mwenye, Mr Lungu was no longer acting President because his appointing authority, Mr Sata, had died and, as such Dr Scott was the only person who could legitimately chair Cabinet meetings as he was the acting President, according to the Constitution.
Mr Lungu said Dr Msiska also told him that what he was chairing was in fact not a Cabinet meeting because he had not issued the relevant notice for such a meeting and, as such, it was going to be considered only as a consultative meeting.
He said the meeting at this point started deliberating the views of Dr Scott, Mr Mwenye and Dr Msiska but Home Affairs Minister Ngosa Simbyakula disagreed with Mr Mwenye and stated that he was a lawyer as well and felt that the interpretation was not correct and suggested for a full Cabinet meeting.
Mr Lungu further said that his colleagues, Chiefs and Traditional Affairs Minister Nkandu Luo, Health Minister Joseph Kasonde, Tourism and Arts Minister Jean Kapata and others also objected to Mr Mwenye’s advice, saying it was wrong and misleading.
“At this point the Attorney General issued a threat stating that this was the only way that Cabinet was going to proceed and that anybody opposed to his position would be committing treason,” he said.
He said the debate became heated until it was resolved that it be adjourned to allow for issuing of a notice for a Cabinet meeting at 09:00 hours the same day.
Mr Lungu said when the Cabinet meeting resumed, Mr Mwenye briefed Cabinet of his position and insisted that Mr Lungu surrenders the presidential instruments of power to Dr Scott immediately.
He said Mr Mwenye told him that he could no longer exercise the functions and duties of the office of President and repeated his threat that if he did not surrender, he would be committing treason.
Mr Mwenye further informed him and Cabinet ministers who supported him that police were on standby to arrest all those opposed to surrendering the instruments of power to Dr Scott.
Mr Lungu said he also wanted to seek legal redress over the issue but was restrained by the period of mourning as he was in mourning with the rest of the nation.
Ms Kapata in her affidavit also filed in court said she was in attendance with other ministers when Mr Mwenye, Dr Msiska and all service chiefs interrupted the meeting.
She said that Mr Mwenye issued threats of treason to Mr Lungu and all ministers that supported him if he did not surrender the instruments of power.
Ms Kapata said Mr Lungu was forced to hand over power but she believed that what happened was illegal and required urgent redress.
High Court Judge Gertrude Chawatama is today expected to hear the positions of all parties concerned over the matter.