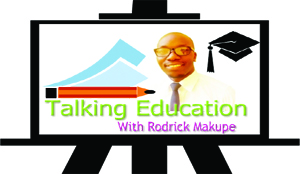 I RECENTLY watched the British Broadcasting Corporation (BBC) Focus on Africa where it was reported that Africa tops in teen pregnancy rate.
Furthermore, it was reported that in South Africa alone, 270 girls below the age of 18 fall pregnant every day. I am yet to come across the statistics in Zambia concerning how many school going girls have dropped out of school due to early pregnancy.
But from the reports that I have been exposed to from social media and some daily tabloids, the rate has been alarming. Hence, I will take time to discuss this topic and its impact on the academic performance of those affected.
What are the causes of teen pregnancy?
Teen pregnancy is referred to female adolescents becoming pregnant between the ages ranging from 13 to 19 years. Hence we are talking about the age group that is in school especially from grade 5 up to grade 12 as the situation in Zambia.
This does not leave out boys who impregnate the affected girls. The following are the causes of early teen pregnancies;
Starting to date at an early stage
I always tell my learners that everything has its own time. A pupil who has distanced him/herself from intimate relationships has less chances of indulging in pre-marital sex compared to a pupil who is dating.
This does not mean a pupil should not be in friendship with the opposite sex. It is normal and healthy to befriend opposite sex friends however what a pupil should avoid is intimate relationships.
A boy/girl in an intimate relationship is likely to be tempted to experiment on sex. Indulging in pre-marital sex has a lot of consequences among them is early teen pregnancies.
Peer pressure
This has been the major cause of premarital sex on the teenagers. Peer pressure in relationships and premarital sex occur in two ways. The first way is that peers will cause one to experiment on sex. If a girl/boy is often surrounded by friends who have already involved themselves in pre-marital sex, he/she may feel left out and old fashioned such that as an implication of the behaviour and conduct, they may experiment in pre-marital sex as away of proving to peers that they are not old fashioned.
On the other hand, a person can be pressured by their partner to have sex as a way of proving their love, which is a lie!
Sex before and outside marriage is sin and it has consequences both now and in eternity. Moreover, sex cannot be used as basis to prove love; it is commitment to values that have been set in a relationship that prove love.
Early exposure to sexual content
We are in the age where teens are sexualised early compared to the way it used to be. We are in the age where teenagers are exposed to sexual content in movies, music, magazines and books and many more platforms. Researches have been done in some developed countries on the effect of early exposure to sexual content.
It has been established that teens who watch movies or listen to music that glamorises sex, drinking, drug use or violence tend to engage in those behaviours themselves.
The more teens expose themselves to sexual content in music and movies, the earlier they experimented on sex.
Parental factor
There has been debate concerning how parents should bring up children such as should they be restrictive or too liberal. I believe the best way to deal with teens is to be firm but fair. It is normal and healthy for parents to set certain rules but children should not feel as if they are being deprived of certain rights.
However, we have parents in the name of modernity who have been too liberal by allowing children to do what they feel is best for them, such parents have less control on the type of music their children listen to, movies they watch and friends they have.
This has exposed children to things and friends who have pushed them in experimenting on sex.
They have allowed children to have smart phones without control on how to use such phones, they have allowed children to watch movies and music videos with content glamorising sex.
The fact is whatever we watch and listen to has an impact on our behaviour.
My advice to parents is give children what they want but not things that will abuse and ultimately destroy them.
Early exposure to alcoholic substance
No school allows pupils to indulge in drugs and drink alcoholic substance.
In fact, if a pupil is found in such activities, they are either punished or suspended.
However, there have been reports where pupils who are even at primary education level indulge in such activities.
Last year one of the daily tabloids reported a case where a set of grade 12s in Southern Province had a party where they were drinking alcoholic substance and ended up having sexual affairs.
At the same time the same story was reported in Kitwe where teenagers had a teen sexual party but it all started by first drinking alcoholic substance which made them uncontrolled and started having sexual intercourse.
Once teens becomedrunk they lack the ability to think logically and tend to lack self-control.
Look out for factors that cause teen pregnancy part 2 in next week article.
For comments, write to, email: rodrickmakupe@yahoo.com. Facebook page: Academic and Kingdom insights with Rodrick Makupe. Contact: 0979700937/0964351029