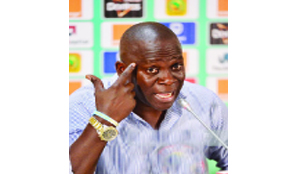 FORMER Chipolopolo coach Honour Janza has been dragged to court over non-refund of K180,000.
Janza is alleged to have sold a house to Mwansa Kapumpe, a Lusaka resident, but could not handover the house despite the latter having paid the full purchase price.
Mwansa has since asked the Lusaka High Court to order Janza to immediately refund the money including interest and damages for breach of contract.
He stated in his writ of summons filed in the principal registry that he was the purchaser of property located at stand number Lus/705.
Mwansa said he entered into an agreement with Janza in 2015 for the purchase of the property at a consideration of K180, 000.
He said it was agreed by the parties that the vacant possession of the property would be given to him after paying the full amount and two weeks after the execution of the contract of sale.
Mwansa said that he has since paid the full amount agreed with Janza, who is Football Association of Zambia technical director.
He further alleged that on May 9, 2016, his lawyer wrote to Janza demanding that ‎he refunds the money, but Janza did not honour it with any reasonable justification.
Mwansa claims he has suffered losses because of Janza’s conduct.