By DELPHINE ZULU –
THE Law Association of Zambia (LAZ) has been sued by a Lusaka resident for acting in breach of the Statutory Provisions contained under Part 11 Sections 4 (f) of the (LAZ) Act.
This is in relation to a complaint lodged against a legal practitioner Michael Banda of Banda Watae operating under the style of Nanzila Advocates before the LAZ disciplinary committee upon payment of K50,000 as complaint fee.
The plaintiff, Frederick Mulenga Chinsala contended in his affidavit that the LAZ disciplinary committee heard his complaint on October 3, 2008 in the absence of Mr Banda in accordance with Part 11 Rule 9 Cap 30 of the LAZ Act and promised to make a ruling based on the evidence. 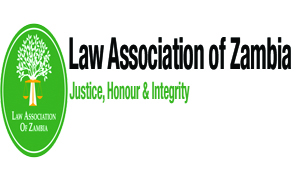 The disciplinary committee then on November 2, 2008 dismissed his matter on grounds that there was no solicitor – client relationship between the parties contrary to part IV section 22 (1) (b) as read with Part 11 Rule three Cap 30 of the LAZ Act.
He said upon being dissatisfied he decided to appeal to the Ministry of Justice who ruled in his favour saying the out-come made him realise that LAZ acted in breach of Part 11 section four (f) of the Legal Practitioners Act when it dismissed his complaint instead of imposing sanctions against its member.
The plaintiff said the decision by the Permanent Secretary in the Ministry of Justice and acting permanent counsel meant that the LAZ committee ruling was set aside because the matter was heard de novo (as a new trial) on July 27 2012.
“LAZ failed in its legal duty to seek an advancement of the rule of law and the rights and liberties of the plaintiff when it acted in conflict of the law in the face of a prima facie case established against the respondent,” he said.
Mr Chinsala said LAZ acted ultra vires the provisions of Part 11 Rule nine Cap 30 when it dismissed his complaint based on issues which were not raised before it and which the plaintiff had no chance to respond to, an indication it was an act of dishonest and biasness which disadvantaged him.
“ In view of the fore-going , I pray that he be granted all the claims demanded among them notices to be issued to the parties to file written submissions.